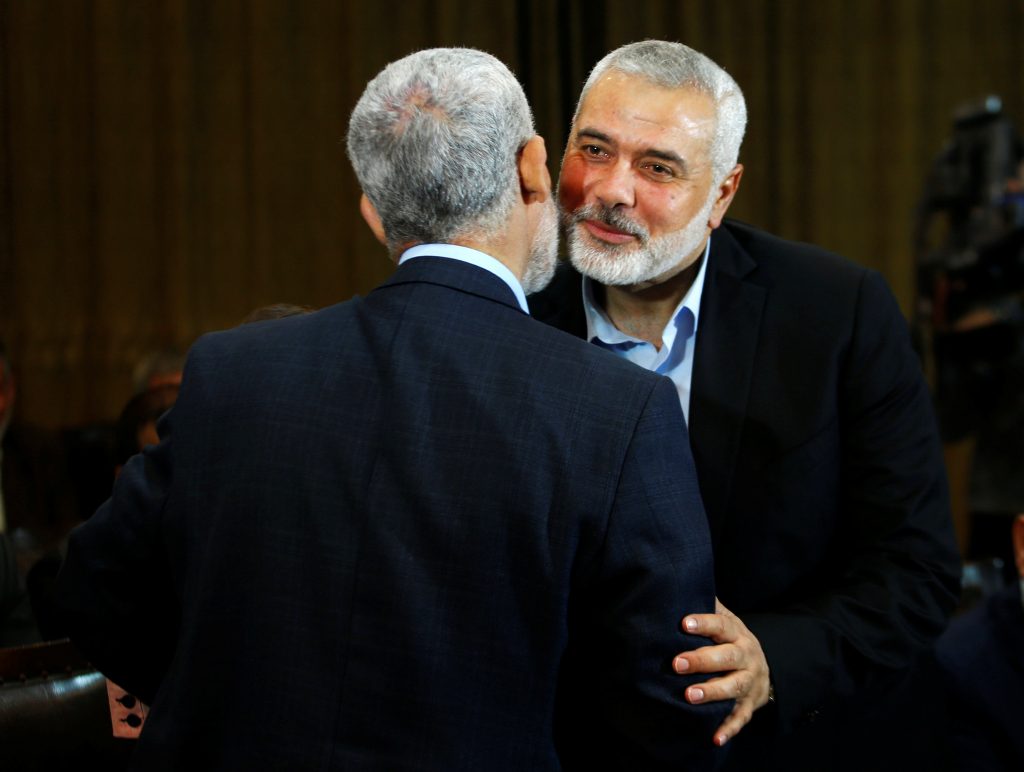 One of Hamas’s most senior officials said on Wednesday that a document published by the Islamist Palestinian group last week was not a substitute for its founding charter, which advocates Israel’s destruction.

Speaking in Gaza City, Mahmoud al-Zahar, a regular critic of Israel, said the political policy document announced in Qatar on May 1 by Hamas’s outgoing chief Khaled Meshaal did not contradict its founding covenant, published in 1988.

Trailed for weeks by Hamas officials, the document appeared to be an attempt to soften the group’s language towards Israel. But it still called for “the liberation of all of historical Palestine”, said armed resistance was a means to achieve that goal, and did not recognize Israel’s right to exist.

“The pledge Hamas made before G-d was to liberate all of Palestine,” Zahar said on Wednesday. “The charter is the core of (Hamas’s) position and the mechanism of this position is the document.”

In its new document, Hamas said it agrees to a transitional Palestinian state within frontiers pre-dating the 1967 Six Day war but continues to oppose recognizing Israel’s right to exist and backs an armed struggle.

Western-backed Palestinian President Mahmoud Abbas, who heads the rival Fatah movement that is in control in Yehudah and Shomron, recognizes Israel and seeks a final peace agreement based on those lines.

U.S. President Donald Trump will meet Abbas and Israeli Prime Minister Binyamin Netanyahu when he visits the region later this month, and a summit to restart peace talks stalled since 2014 has been mentioned in media reports.

Zahar denied that Hamas was trying to align itself with Fatah’s position.

“When people say that Hamas has accepted the 1967 borders, like others, it is an offense to us,” he said.

“Therefore, there is no contradiction between what we said in the document and the pledge we have made to G-d in our (original) charter,” Zahar added.

On Sunday, Netanyahu symbolically tossed Hamas’s “hateful document” into a waste paper bin and said the group was trying to fool the world.