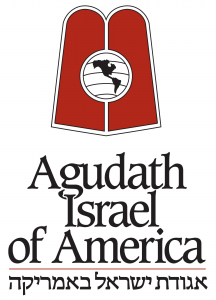 Less than two months after Jackson Township enacted an effective ban on the construction of schools and dormitories, Agudath Israel of America and a property firm have filed a lawsuit arguing that the decision was motivated by “discriminatory animus” to the increasing presence of Orthodox Jews in towns surrounding Lakewood.

In March, a scheduled vote on the ban was delayed after over 150 Orthodox Jackson residents arrived at the meeting to voice their opposition. Yet, a week later, it was passed by the town council amid vociferous claims from its president, Barry Calogero, that the rule “is not against any race or religion” and solely meant to “reduce suburban sprawl and limit unwanted overdevelopment.”

“Orthodox Jews, like any other people, have the basic right, protected by federal law, to live where they please,” said Rabbi Avi Schnall, Agudath’s New Jersey Office director. “Local laws intended to keep people out of an area or township based on religion or ethnicity violate federal law. Orthodox Jews have the right to open schools, build houses of worship, and develop businesses, just like any other group, and this essential value of freedom of religion, on which America was founded, is being denied.”

The brief asserts that the ban is preventing Jackson’s growing Orthodox community from building the educational facilities they need in the town they live in and presents pages of statements from council members and residents intended to prove the ban is chiefly motivated by bias.

Jean L. Cipriani, Jackson’s attorney, told Hamodia that she had not yet reviewed the brief and that the “township does not comment on pending litigation.”

Rabbi Schnall told Hamodia that the legal action was taken as a last resort, but was necessary to protect the basic rights of Jackson’s Orthodox community.

“From day one, we tried to establish a diplomatic relationship with the leadership in Jackson, but we were shut down,” he said. “We would have loved for them to come to the table and work out our differences, but they refused and then the ban got passed. People should just go on living in a town that denies them their basic religious rights? We have no choice but to fight it.”

Jackson is currently home to around 400 Orthodox families, and the community is constantly growing.

As more families move to towns surrounding Lakewood, the community had hoped that those areas would be able to provide space for additional schools that the population growth will demand.

The Jackson ordinance forbids the construction of dormitories, usually associated with yeshivah high schools. It does not forbid the construction of schools without living facilities outright, but restricts them to three small, non-residential zones that have very little undeveloped land.

The suit claims that the ban violates The Religious Land Use and Institutionalized Persons Act (RLUIPA), a 2000 bill focused on preventing government from placing “substantial burdens on the free exercise of religion,” particularly as it pertains to zoning laws and prisoners, as well as several other federal non-discrimination laws.

The brief backs up its claim by citing several examples of anti-Orthodox sentiment expressed at meetings regarding the ordinance and noting that many were met with loud applause as well as an attempt by the town council’s legal advisor to shut down a resident whose comments were implying that the ban was meant to target “a particular group.”

In addition, it draws on statements made in other forums regarding what was then a pending measure, including “all of your problems only stem from the ultra-religious! The Hassidics and ultra-Orthodox!”

In an attempt to show further evidence of the council’s motivation, the lawsuit recounts several events and statements made by its members in recent years regarding the Orthodox community.

Last summer, then council president Robert Nixon caused a minor stir over comments that the influx was “reprehensible,” and led the town in asking federal and state officials for an investigation of the role of an Agudath Israel leader in encouraging Orthodox families to move to Jackson. Authorities saw no merit in the request and no investigation took place.

Mr. Nixon later said that this and other comments had been taken out of context and told Hamodia that the town’s actions were merely meant to combat “aggressive real estate agent tactics” and to ensure for “quality of life” matters.

This is not the first time that dormitory construction has become a point of contention between the Orthodox community and residents of areas surrounding Lakewood. Last year, a federal appellate court overturned a decision by Ocean Township to block construction by Yeshivah Naos Yaakov. The yeshivah had also argued that its denial was based on religious animus, supported by a plethora of anti-Jewish statements found on the website of a group opposing the construction.

Amid the debate over Jackson’s present ordinance, attorney Robert Greene, whose firm Storzer and Greene specializes in cases involving religious discrimination in land use and represented Naos Yaakov, wrote in a letter that the township should consider itself placed on notice that its “heavy-handed attempt” to target a particular population could be legally challenged.”

The firm is now representing the plaintiffs against Jackson.