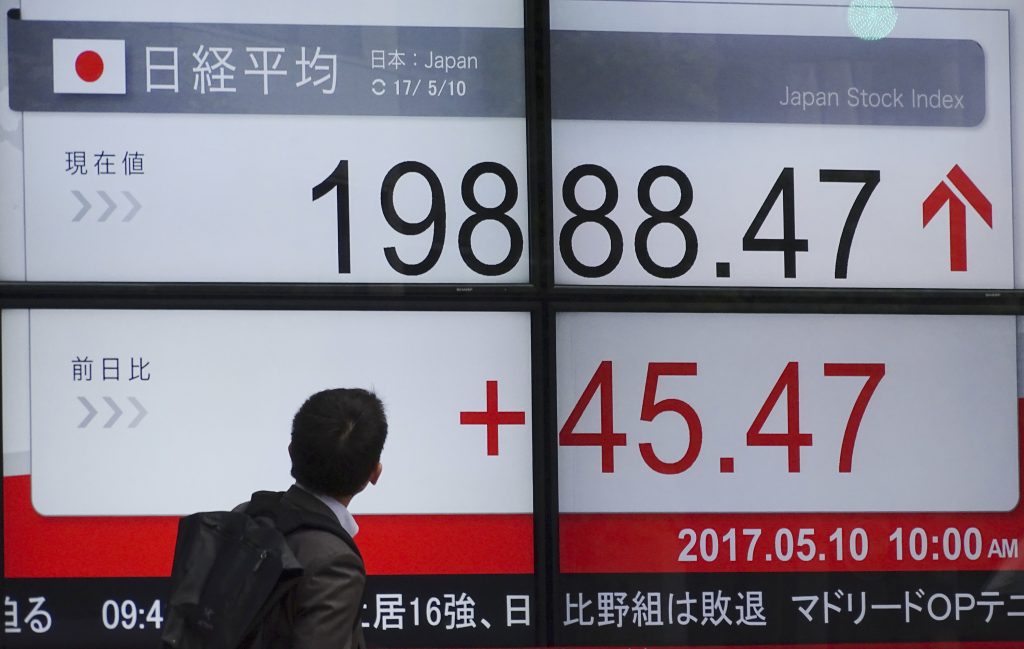 Consumer prices rose in April, with inflation at 1.2 percent, but factory-gate producer costs fell slightly from the month before, for the first time in almost a year. The trends suggest weakness underlying a rebound in growth that regulators are already trying to cool.

“Further ahead, producer price inflation should continue to wane as policy tightening weighs on economic activity. Consumer price inflation, meanwhile, may inch up further but should remain below 2 percent. The upshot is that hopes for a sustained reflation in China are fading,” Julian Evans-Pritchard of Capital Economic said in a commentary.

Benchmark U.S. crude added 36 cents to $46.24 per barrel in electronic trading on the New York Mercantile Exchange. The contract fell 55 cents to settle at $45.88 per barrel on Tuesday. Brent crude, the international standard, gained 30 cents to $49.03. It fell 61 cents to close at $48.73 per barrel in London.