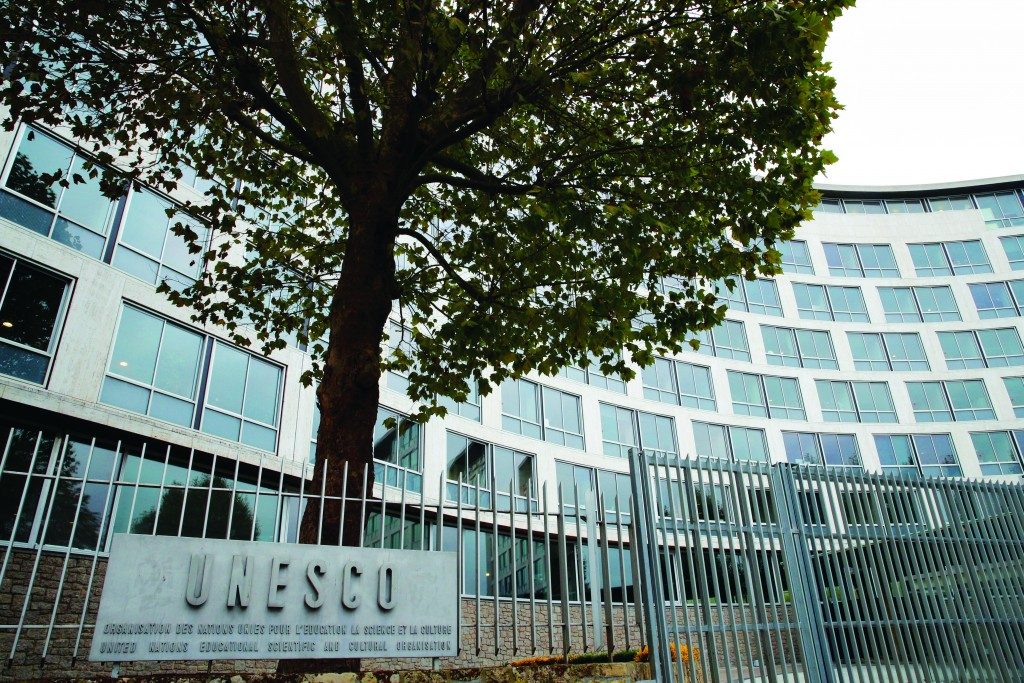 In an odd sort of way, and certainly without meaning to, the United Nations Educational, Scientific and Cultural Organization (UNESCO) lived up to its name last week. In passing a resolution that essentially accuses Israel of stealing Yerushalayim from the Palestinians, it served an educational purpose, exemplifies the message of the first Rashi in Bereishis.

The famous first Rashi asks why it was necessary to begin the Torah with Bereishis, which recounts Creation. Since its purpose is to teach us how to lead our lives, it should have begun with the first mitzvah given to the Jewish people, “This month shall be for you the beginning of the months,” which appears in the 12th chapter of Shemos.

Israel isn’t the only disputed territory in the world. There are disputes between India and Pakistan, Turkey and the Kurds, Turkey and Syria, Russia and Armenia and in various parts of Europe. But as far as the Western world is concerned there is only one occupier: Israel.

And it’s not just the politicians and media who think so. Stop a gas-station attendant in Idaho — who couldn’t find Israel on the map (you can’t blame him, it’s so small) and wouldn’t know the Green Line from the Express Line at his local supermarket — and ask him which country in the world is an occupier and he’ll tell you Israel.

That’s what the Arabs have been saying, and that’s what the world is eager to believe, because it’s more comfortable theologically viewing Jews as thieves instead of as the Chosen People returning to their ancestral land.

Israel is deemed an occupier even though the Jews have a deed to the land, that has been filed in the most reliable, ancient source in the world. And even though archaeological evidence proves the existence of the two Batei Mikdash, the Mishkan at Shiloh, and the continuous presence of Jews in the land for thousands of years. And even though Jews have, over the years, paid cash for portions of the land; and even though Jews have won portions of the land in defensive wars — and war is universally recognized as a means of acquiring territory. All this makes no difference. The international community continues to point a finger at the Jewish people, and say, “You are bandits, for you conquered the lands of…”

The accusations grow shriller, the closer you get to Yerushalayim and Har Habayis. And it has nothing to do with the annexation of the eastern part of Yerushalayim; the United States didn’t recognize Yerushalayim as the capital of Israel even before 1967.

And when it comes to Har Habayis itself, the site of our holy Beis Hamikdash, the issue becomes literally explosive.

Harav Zalman Sorotzkin, author of Oznayim LaTorah, asks an interesting question on Rashi. True, by beginning the Torah at Bereishis, Hashem gives us an answer to those claiming we stole the land. But couldn’t He have given us a land that no one had ever occupied? And then we wouldn’t need an answer?

“Couldn’t Hakadosh Baruch Hu have found some place in His world that was created just for Israel, to put us there without another nation claiming the land as theirs?”

He answers by citing Dovid Hamelech: “And He gave them the lands of the nations …. So that they might keep His statutes and cherish His teachings…” (Tehillim 105: 44–45)

Hashem gave us a land that was inhabited by other nations who had been evicted because of their sins in order to make a point: “You keep My decrees and My judgments, and not commit any of these abominations [idol worship and immorality] … for the inhabitants of the Land who are before you committed all these abominations, and the Land became impure. Let not the Land vomit you out for having made it impure, as it vomited out the nation that was before you” (Vaykira 18: 26–28).

The message of the first Rashi is that we needn’t worry about UNESCO. They can pass all the ridiculous resolutions they want. It doesn’t matter. What matters is how we behave.

The real threat to the Jewish presence in the Land of Israel isn’t external — in the United Nations, the U.S. State Department, or Europe. It’s internal. To remain in the land we must “cherish His teachings,” live in a way that is faithful to our past and traditions, in a way that merits Hashem’s continued intervention on our behalf.