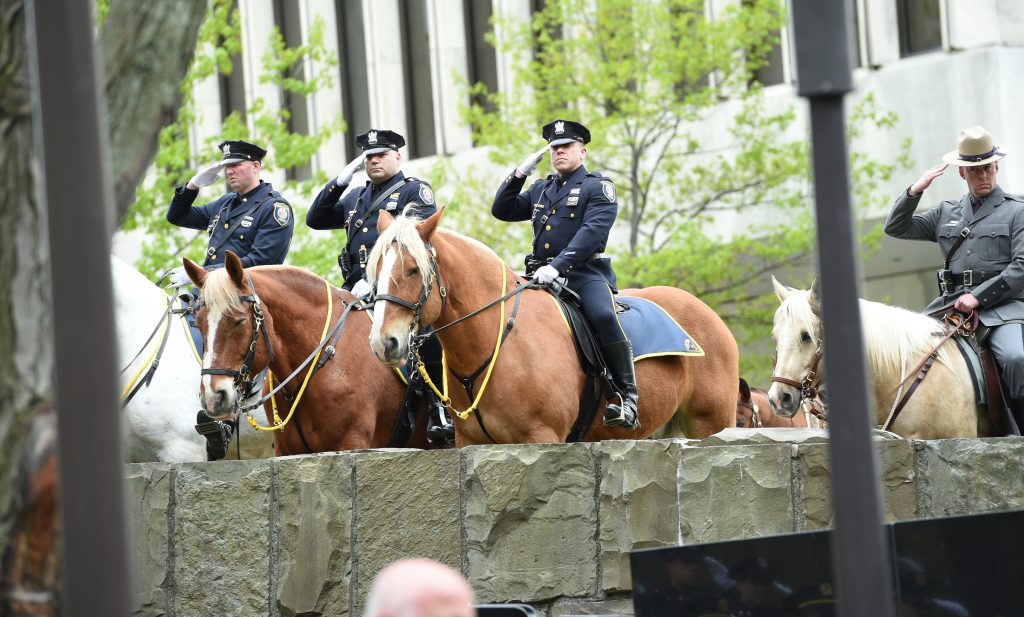 Timothy Pratt was struck and killed by a vehicle last fall while helping a truck driver in front of the trooper barracks in Wilton. In previous years he rode his motorcycle at the head of the procession to an Albany church for services held before the annual fallen officers ceremony.

Pratt’s name was among the 40 added to the memorial in the Empire State Plaza. The tribute to officers killed in the line of duty now contains the names of more than 1,400 fallen police officers representing 141 police agencies.

A ceremony at the memorial is held every May.