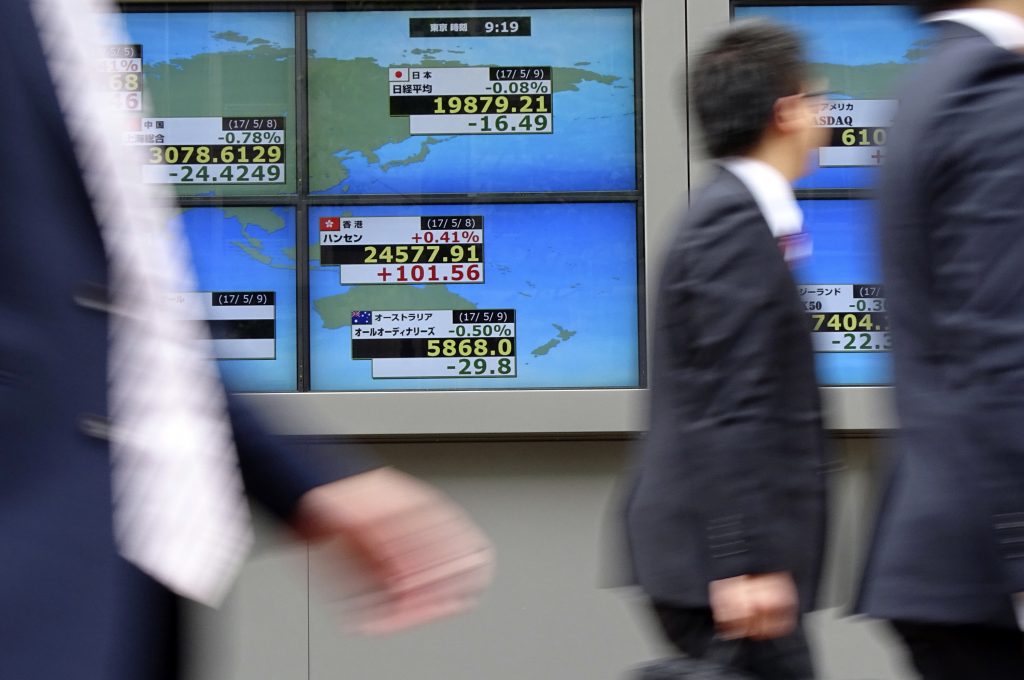 Shares were mixed in Asia on Tuesday as South Korean voters cast ballots for a new president. The Shanghai benchmark lost ground on news of further tightening of market oversight by regulators.

South Korea’s markets were closed Tuesday for the presidential election. On Monday, the benchmark Kospi rallied 2.3 percent on expectations that the vote will help ease uncertainties surrounding an influence-peddling scandal that led to former President Park Geun-hye’s impeachment. While the policy stances of the leading candidates are similar, “the filling of the political vacuum could go a long way to benefiting the economy,” Jingyi Pan of IG said in a commentary.

Trading was calm and investors were turning their attention to strong earnings reports following the French presidential election. Standard & Poor’s 500 index ended flat at 2,399.38, up by just 0.09 points. The Dow Jones industrial average likewise edged up a fraction of a percent, adding 5.34 points to 21,012.28. The Nasdaq composite rose 1.90 points, or less than 0.1 percent, to 6,102.66.

“Corporate earnings have been phenomenal, the best quarter in five years,” said Phil Orlando, chief equity strategist at Federated Investors. “The earnings recession that was about seven or eight quarters long is definitively behind us. It’s over.”

Benchmark U.S. crude shed 8 cents to $46.35 in electronic trading on the New York Mercantile Exchange. It settled at $46.43 per barrel on Monday. Brent crude, the international standard, lost 13 cents to $49.21 a barrel.