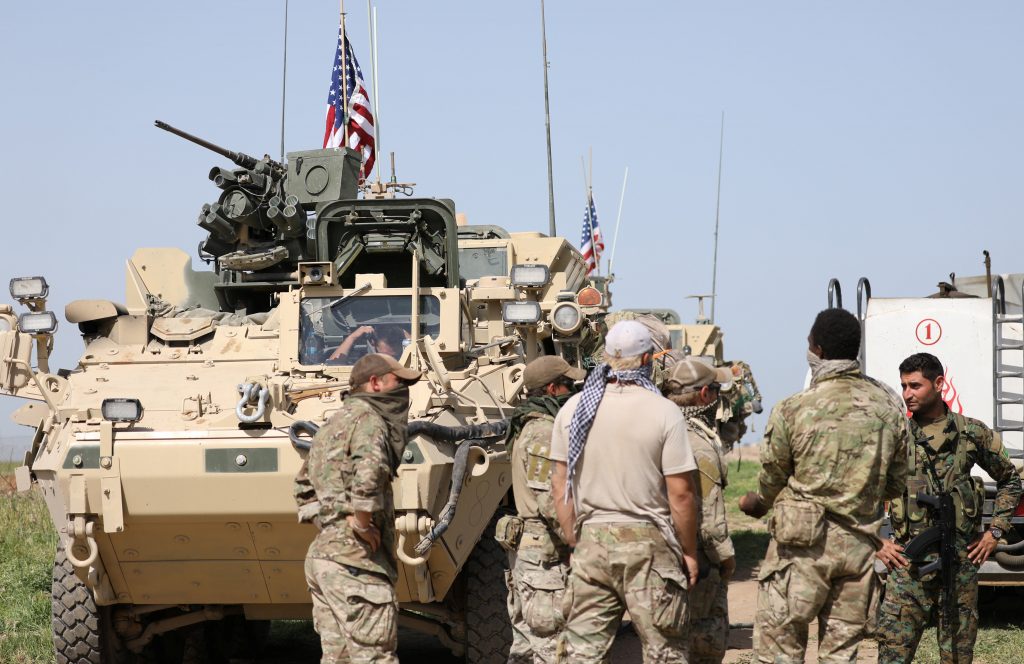 The Trump administration announced Tuesday it will arm Syria’s Kurdish fighters “as necessary” to recapture the key Islamic State stronghold of Raqqa, despite intense opposition from NATO ally Turkey, which sees the Kurds as terrorists.

The decision is meant to accelerate the Raqqa operation, but undermines the Turkish government’s view that the Syrian Kurdish group known as the YPG is an extension of a Kurdish terrorist organization that operates in Turkey. Washington is eager to retake Raqqa, arguing that it is a haven for IS operatives to plan attacks on the West.

Dana W. White, the Pentagon’s chief spokeswoman, said in a written statement that President Donald Trump authorized the arms Monday. His approval gives the Pentagon the go-ahead to “equip Kurdish elements of the Syrian Democratic Forces as necessary to ensure a clear victory over ISIS” in Raqqa, said White, who was traveling with Defense Secretary Jim Mattis in Europe.

The U.S. sees the Kurdish-led Syrian Democratic Forces, or SDF, as its most effective battlefield partner against IS in northern and eastern Syria. White said they’re “the only force on the ground that can successfully seize Raqqa in the near future.”

While White did not mention the kinds of arms to be provided to the Kurds, other officials had indicated in recent days that 120mm mortars, machines guns, ammunition and light armored vehicles were possibilities. They said the U.S. would not provide artillery or surface-to-air missiles.

The officials weren’t authorized to publicly discuss the matter and demanded anonymity. They described no firm timeline, with the American intention to provide the new weapons to the Syrian Kurds as soon as possible. A congressional aide said officials informed relevant members of Congress of the decision on Monday evening.

Senior U.S. officials including Gen. Joseph Dunford, chairman of the Joint Chiefs of Staff, have met repeatedly with Turkish officials to try to work out an arrangement for the Raqqa assault that would be acceptable to Ankara. The Turks have insisted that the Syrian Kurds be excluded from that operation, but U.S. officials insisted there was no real alternative.

In her statement, White said the U.S. prioritizes its support for the Arab elements of the SDF.

“We are keenly aware of the security concerns of our coalition partner Turkey,” she said. “We want to reassure the people and government of Turkey that the U.S. is committed to preventing additional security risks and protecting our NATO ally.”

Other officials said Mr. Trump’s authorization includes safeguards intended to reassure the Turks that the additional U.S. weaponry and equipment will not be used by the Kurds in Turkey. The intent is to restrict the distribution and use of the weaponry by permitting its use for specific battlefield missions and then requiring the Kurds to return it to U.S. control.

And in Denmark earlier Tuesday, Defense Secretary Jim Mattis said he had useful discussions with Turkey and described the two countries as working out differences over a U.S. alliance with Syrian Kurds in fighting Islamic State militants.

“That’s not to say we all walk into the room with exactly the same appreciation of the problem or the path forward,” Mattis told reporters after meeting with officials from more than a dozen nations also fighting IS. Basat Ozturk, a senior Turkish defense official, participated.

Tensions escalated last month when Turkey conducted airstrikes on Kurdish bases in Syria and Iraq. The Turkish military said it killed at least 90 militants and wounded scores. The Kurdish group in Syria said 20 of its fighters and media activists were killed in the strike, which was followed by cross-border clashes.

The instability has concerned Washington, which fears it will slow the effort to retake Raqqa.

“We’ve been conducting military and diplomatic dialogue with the Turks, and it was a very, very useful discussion today,” Mattis said at a press conference with Danish Defense Minister Claus Hjort Frederiksen.