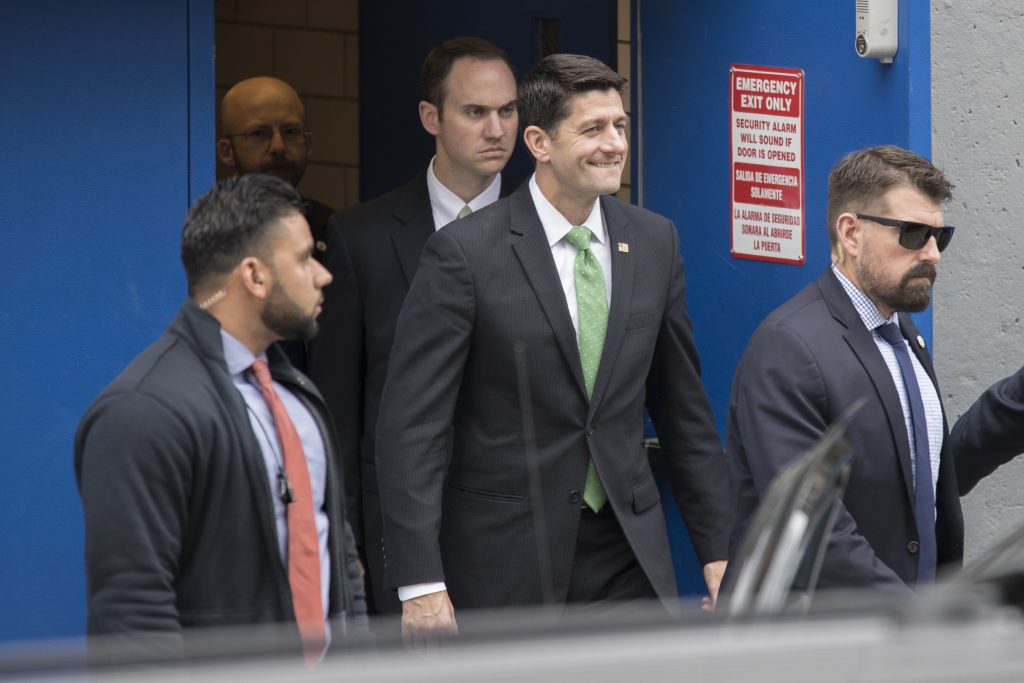 U.S. House Speaker Paul Ryan has visited a prominent New York City charter school run by a Democrat who was briefly in the running to be President Donald Trump’s education secretary.

The Wisconsin Republican did not speak with reporters Tuesday as he slipped into the Success Academy charter school in Harlem. He also didn’t acknowledge scores of activists who had assembled to protest his visit.

The school is part of a network of 34 schools run by former New York City Councilwoman Eva Moskowitz.

The schools have won praise for students’ high standardized test scores. But they’ve weathered controversies including a leaked video that showed a teacher disciplining a student harshly.

Moskowitz announced in November that she was taking herself out of the running to serve as education secretary.