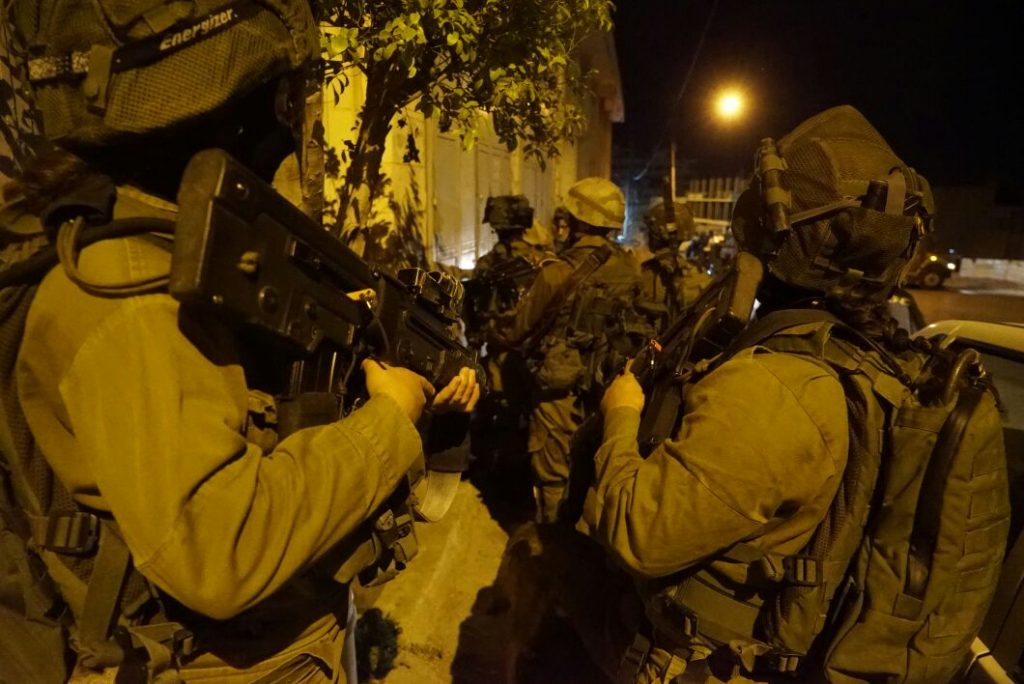 In the past twenty-four hours, a number of terrorist incidents were reported in Yehudah and Shomron as security forces carried out arrest and operations to shut down weapons workshops.

B’chasdei shamayim, no injuries were reported among Israeli soldiers as they confronted Palestinians throwing explosive devices, rocks, bricks and pieces of metal at them.

Fifteen wanted terrorists were apprehended during the course of operations, and a quantity of weapons material was seized.

On Monday night, in response to sounds of gunfire in the Palestinian village of Rabud in the Yehuda council, IDF forces were dispatched to the area. A search located the terrorist with the pistol which had fired the shots that had been heard and he was arrested.