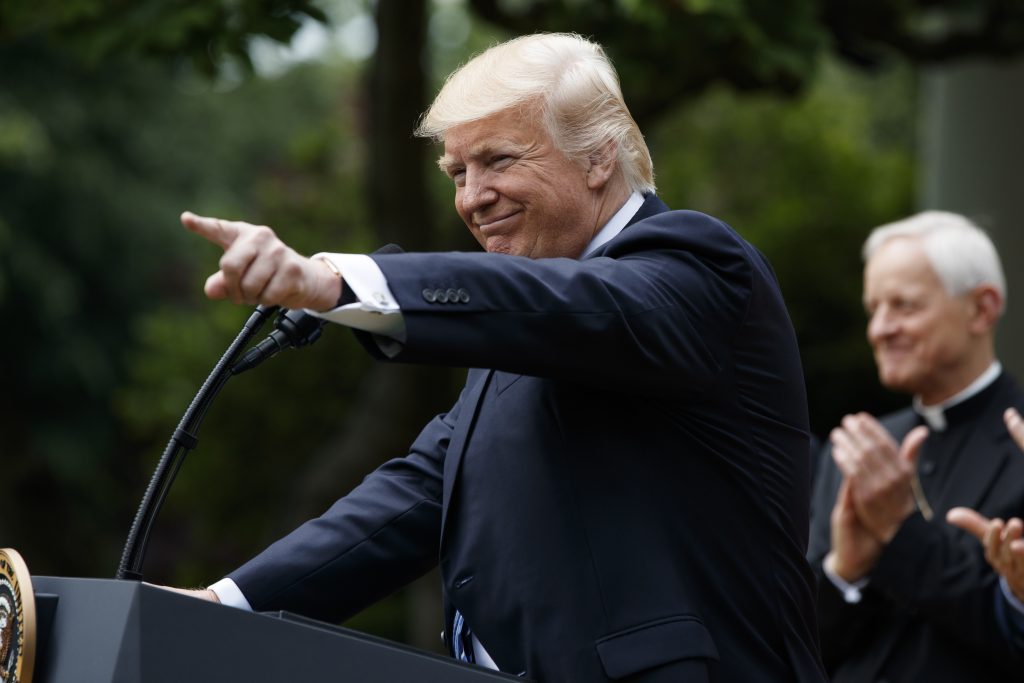 Preparations for the visit of U.S. President Donald Trump to Israel in late May are well under way, but those preparations could come to a screeching halt. In a letter to Yuval Rotem, director general of the Foreign Ministry, Hanan Goder, chairman of the Ministry’s Workers’ Committee in Israel and abroad, said that recent understandings and agreements between workers and management had been “repeatedly violated” by the latter.

“As a result we plan to instruct workers on Thursday to halt their preparations for the visit of President Trump,” Goder wrote. “This means we will not produce position papers, participate in meetings to prepare the visit, issue invitations to officials and participants, order supplies, issue permits, or send the appropriate items (such as diplomatic mail and pouches). In short, we will do nothing to help the event take place,” Israel Radio reported on Tuesday.

The union has haggled with the government for years on a new deal for diplomats and workers, who have claimed that working for the government abroad was impoverishing them. Many of the diplomats stationed in high-priced foreign cities, such as New York and London, complained that they could not make ends meet, and strikes and work actions by diplomatic personnel were common. According to the deal worked out in March, diplomats were to get substantial raises, and tax reforms to ensure that they can keep more of their salary, as well as other benefits.

But although the Ministry announced the deal with much fanfare, said Goder, it has not yet been signed – and officials have ignored or missed numerous meetings which had been set to complete the agreement. “We have been waiting for two months to see how the Ministry would fulfill its obligations. So far, all we have is a handshake,” and that does not a contract make, Goder added.

As late as last week, he added, the Workers’ Committee appealed in a heartfelt letter to management, asking officials to stave off the crisis by fulfilling their promise. After that letter was sent, Goder said he tried to set up a meeting to finish the deal every single day – and was rebuffed each time. Enough is enough, he wrote. “The negotiations are over. We are facing multiple battles here – both on our professional status and the conditions of our employment. This situation must come to an end.”

In response, the Foreign Ministry referred the issue to the Finance Ministry, which said that “the agreement is being written and the legal issues surrounding it are being considered by attorneys. It is not clear why the workers would choose this event to harm Israel’s foreign relations.”