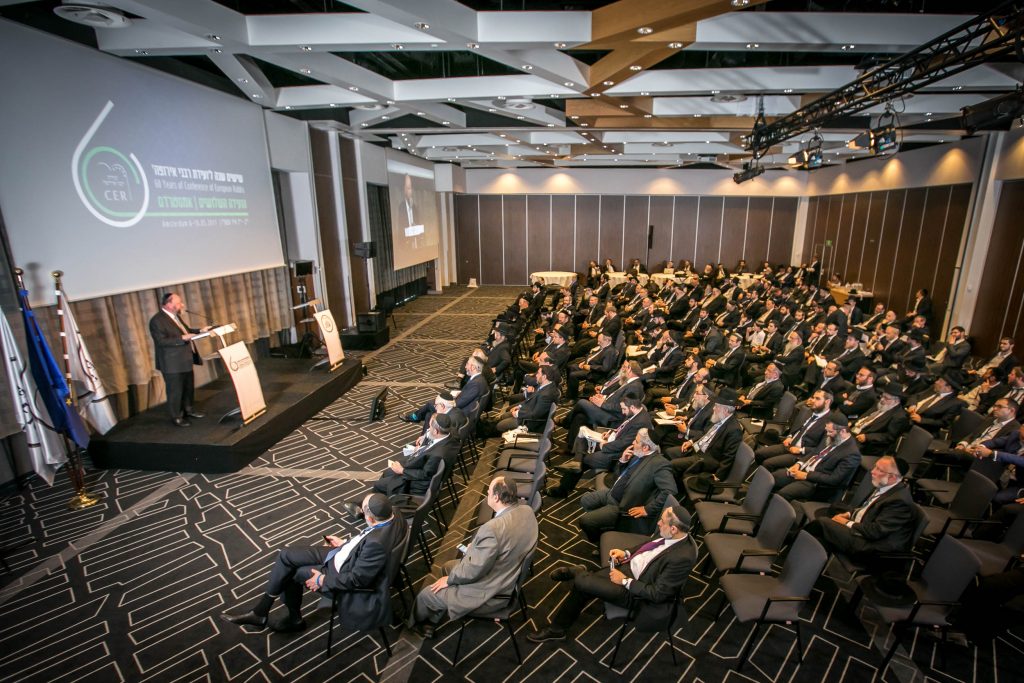 Nearly 300 delegates, predominantly Chief Rabbis and Rabbis from across Europe, gathered on Monday in Amsterdam for the 60th anniversary convention of the Conference of European Rabbis (CER). The CER unites more than 700 religious leaders of the mainstream synagogue communities in Europe. The conference is designed to maintain and defend the religious rights of Jews in Europe and has become the voice of Judaism for the European continent.

A special brachah from Gedolim in Eretz Yisrael – Hagaon Harav Chaim Kanievsky, shlita, and Hagaon Harav Gershon Edelstein, shlita – to the participants of the convention was read out by Rabbi Yisrael Friedman.

The conference was graced with the attendance of Israeli Chief Rabbi, Harav David Lau, who addressed the gathering.

Sessions at the conference range from keynote speeches delivered by Israeli Chief Rabbi David Lau  and British Chief Rabbi Ephraim Mirvis, to lectures on subjects of broad interest including a discussion of the use of DNA as a means of proving Jewish identity from a halachic and scientific perspective, and smaller breakout groups on topics including Small Communities, Special Education and Shabbat Olamit.

A highlight of the conference was Monday evening’s presentation of awards to outstanding Rabbanim. The Maharal Hulya Award to Young Rabbis was presented to Rabbi Michael Azoulay of Neuilly-sur-Seine, France, and Rabbi Zsolt Balla, of Leipzig, Germany.