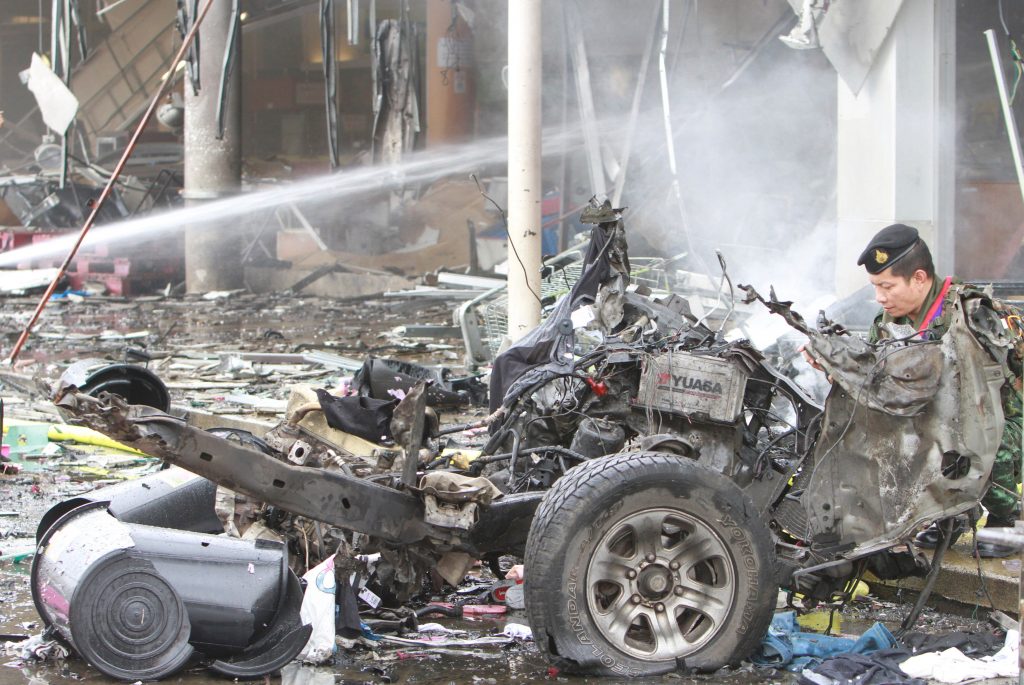 Muslim terrorists fighting for a separate state in the south of predominantly Buddhist Thailand were suspected of carrying out a car-bomb attack on Tuesday outside a supermarket in the city of Pattani that wounded 42 people, police said.

A decades-old separatist insurgency in the largely ethnic Malay Muslim provinces of Yala, Pattani and Narathiwat has killed more than 6,500 people since 2004, according to independent monitoring group Deep South Watch.

Two of the 42 wounded were in critical condition, authorities said.

The first car bomb in Pattani since August destroyed the front of a Big-C supermarket, scattering debris over a wide area and sending up a column of black smoke.

Muslim insurgents were suspected of the attack, said Rewat Srichantub, Pattani’s deputy police chief. The bomber was believed to have fled the scene before the explosion, he said.

Attacks in Thailand’s deep south, near the border with Muslim-majority Malaysia, have intensified this year. Six army rangers were killed in an attack last month.

The government recently rejected a conditional offer for peace talks from one of the main terrorist groups, the Barisan Revolusi Nasional, which demanded international mediation or observation.