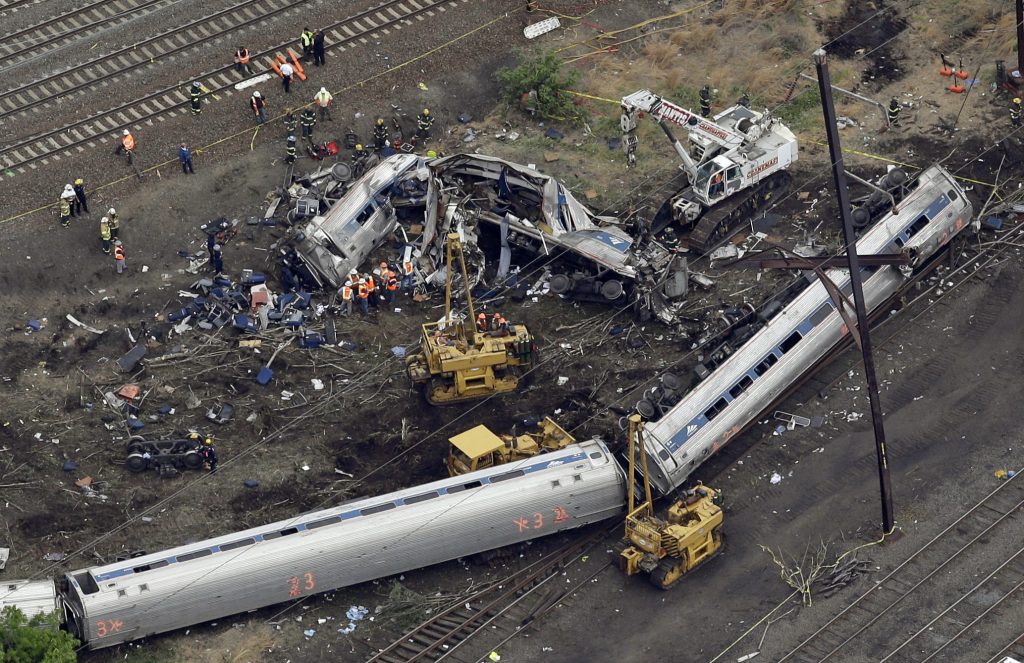 The speeding Amtrak engineer involved in a derailment that killed eight people and injured about 200 others in Philadelphia won’t face criminal charges, the city district attorney’s office said Tuesday.

Prosecutors said they can’t prove engineer Brandon Bostian acted with “conscious disregard” when he accelerated the train to 106 mph on a 50 mph curve.

Federal investigators concluded that Bostian lost track of his location, or “situational awareness,” before the May 12, 2015 crash after learning that a nearby commuter train had been struck with a rock. They found no evidence he was under the influence of drugs or alcohol or distracted by a cellphone.

Lawyers Thomas R. Kline and Robert Mongeluzzi, who represent more than 30 victims and their families, described their clients as bitterly disappointed and said many remain in constant pain two years later.

“There is a longing for accountability when you are disabled and in excruciating pain every day,” Mongeluzzi said. “The person who was the primary and sole cause of this escaped punishment and you paid the price.”

Kline believes that Bostian, now 34, should at least face reckless endangerment charges, if not the more serious charges that require a finding of intent.

“If he is allowed to escape responsibility, then it is an invitation for every culpable person who operates a vehicle — whether it be a train or a car or a bus or a boat — to say, ‘I forgot where I was,'” Kline said.

But the District Attorney’s Office concluded there was not enough evidence to prove that he consciously disregarded any risks to his passengers. The train had left Philadelphia minutes before, heading toward New York.

“We cannot conclude that the evidence rises to the high level necessary to charge the engineer or anyone else with a criminal offense,” the office said in an unsigned statement.

The current district attorney, Seth Williams, remains in office, although his law license has been suspended amid a federal bribery indictment set for trial May 31. A deputy is overseeing legal decisions, the office has said.

Amtrak has taken responsibility for the crash and agreed to pay $265 million to settle related claims.

Bostian has a personal injury suit pending against Amtrak, saying he was left disoriented or unconscious when something struck his train before it derailed. However, the National Transportation Safety Board concluded that nothing struck the locomotive.

Friends describe Bostian as a conscientious train enthusiast who had worked his way up to his dream job. His lawyer has rarely commented and did not return a message Tuesday.

Rachael Jacobs, 39, the CEO of a Philadelphia-based technology startup, was returning home to her husband and 2-year-old son in New York when she was killed. Her father had urged Williams to press charges over her death.

“This does not surprise me, having seen the NTSB report. They came up with this concept, ‘situational awareness,'” said John Jacobs, a Michigan lawyer. “To me, it’s just ridiculous.”