National Yates: Former Trump Aide Might Have Been Open to Russia Blackmail
National 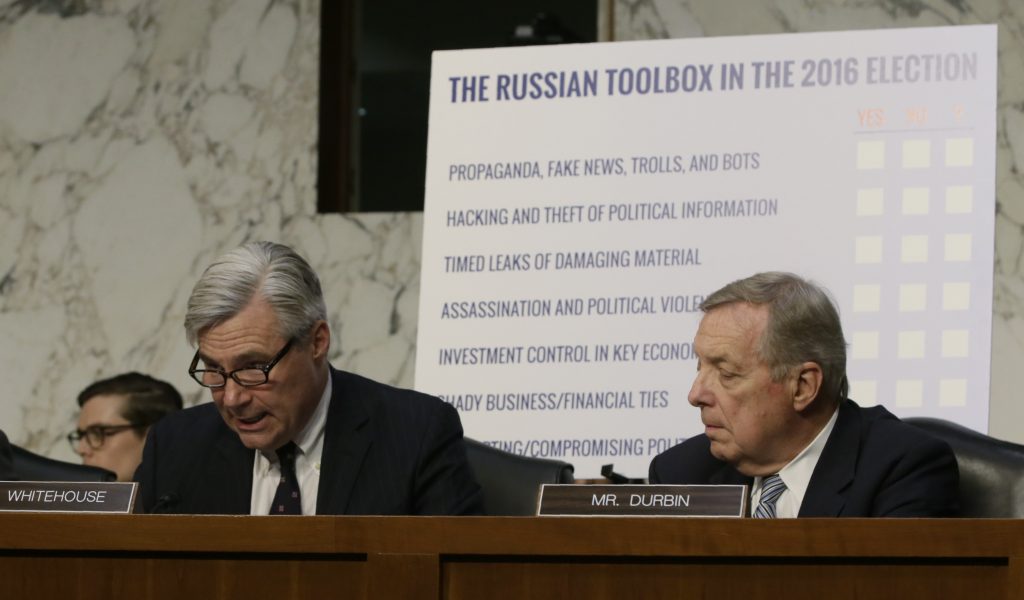 A former senior U.S. law enforcement figure said on Monday she warned President Donald Trump’s White House in January about then-national security adviser Michael Flynn because she feared he could have been open to blackmail by Russia.

Sally Yates, who was briefly the acting U.S. attorney general earlier this year, told White House counsel Don McGahn on Jan. 26 that Flynn had not been telling the truth about his contacts with Russia’s ambassador to Washington.

Yates, originally appointed by former President Barack Obama’s administration, said she feared Moscow could try to blackmail Flynn because it also knew he was not being truthful about conversations with Ambassador Sergei Kislyak about U.S. sanctions on Moscow.

Flynn, a retired general who advised Trump’s election campaign, has emerged as a central figure in probes into allegations of Russian meddling in the 2016 U.S. election and possible collusion between Trump’s campaign and Moscow. Russia has repeatedly denied any such meddling.

Yates told a Senate Judiciary subcommittee hearing she had been concerned that “the national security adviser essentially could be blackmailed by the Russians.”

“Logic would tell you that you don’t want the national security adviser to be in a position where the Russians have leverage over him,” she said.

Trump waited more than two weeks after the warning before firing Flynn for failing to disclose the content of his talks with Kislyak and then misleading Vice President Mike Pence about the conversations.

Obama warned Trump, then president-elect, not to give the post of national security adviser in his administration to Flynn, a former Obama aide said.

The Democratic president gave the warning in an Oval Office meeting with Trump two days after the Republican’s surprise Nov. 8 election win. The warning, first reported by NBC News, came up during a discussion of White House personnel.

White House spokesman Sean Spicer, responding to the reports of the warning, told reporters: “It’s true that the president, President Obama, made it known that he wasn’t exactly a fan of General Flynn’s, which frankly shouldn’t come as a surprise to anyone, given that General Flynn had worked for President Obama, was an outspoken critic of President Obama’s shortcomings.”

Flynn had been pushed out by Obama in 2014 from his job as director of the military’s Defense Intelligence Agency, or DIA.

Congressional committees began investigating after U.S. intelligence agencies concluded that Russian President Vladimir Putin had ordered hacking of Democratic political groups to try to sway the election toward Trump. The agencies said Russia was behind “fake news” reports that were disseminated on social media.

The Senate Judiciary subcommittee probe is one of three main congressional investigations of Russia and the 2016 U.S. election. The FBI and U.S. intelligence agencies are conducting separate probes.

Hours before Monday’s Senate hearing, Trump insinuated that Yates had leaked information on Flynn to the media.

“Ask Sally Yates, under oath, if she knows how classified information got into the newspapers soon after she explained it to W.H. Council,” Trump wrote on Twitter, apparently misspelling the word counsel.

Trump fired Yates in late January after she defied the White House and refused to defend travel restrictions targeting seven Muslim-majority countries, a policy that Trump has said would help protect Americans from the Islamic State group and other Islamist militants.

In the Senate hearing, the former director of national intelligence, James Clapper, described as accurate a report in the Guardian newspaper that British intelligence officials became aware in late 2015 about suspicious interactions between Trump advisers and Russian intelligence agents, and that the information was passed on to U.S. intelligence agencies.

The Trump administration denies allegations of collusion with Russia.

Questioning in the hearing often broke along party lines.

Senator John Cornyn, the No. 2 Republican in the Senate, questioned Yates heatedly about her objections to Trump’s travel ban.