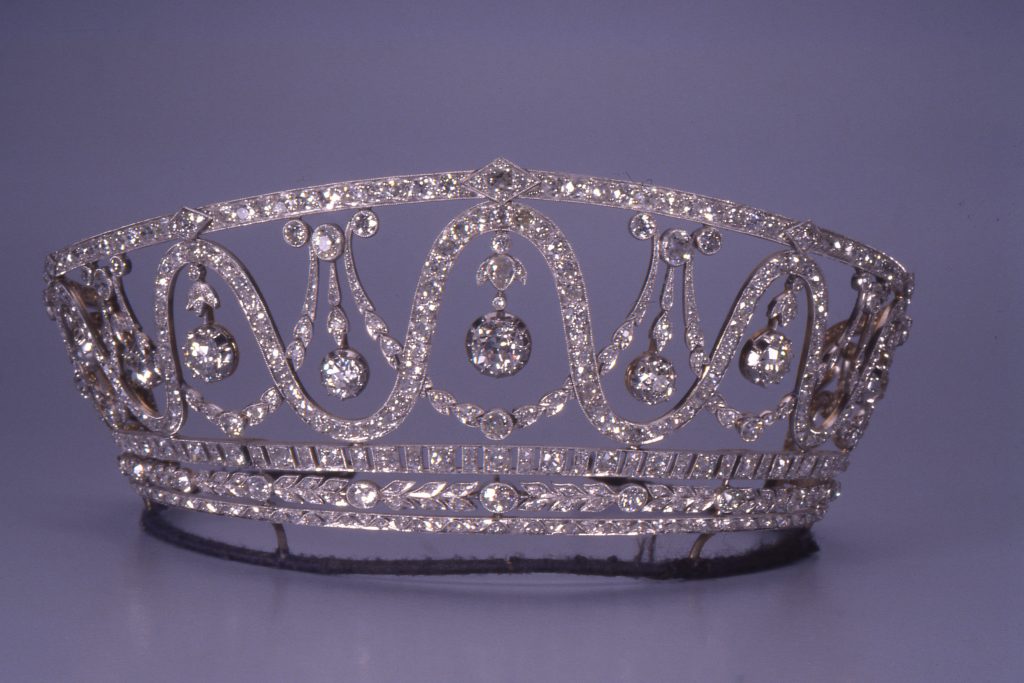 German police say a gold-and-platinum tiara adorned with 367 diamonds that once belonged to a duchess has been stolen from a state museum.

Baden-Wuerttemberg criminal police said Monday the theft of the tiara, valued at 1.2 million euros ($1.31 million), from the Badisches Landesmuesum in the city of Karlsruhe was discovered on April 29. They’re now looking for any witnesses who may have seen anything out of the ordinary around that time.

The ornate tiara was stolen from a locked cabinet in the museum’s throne room.

The piece had belonged to Grand Duchess Hilda von Baden, who lived from 1864 to 1952, and dates to the beginning of the 20th century.