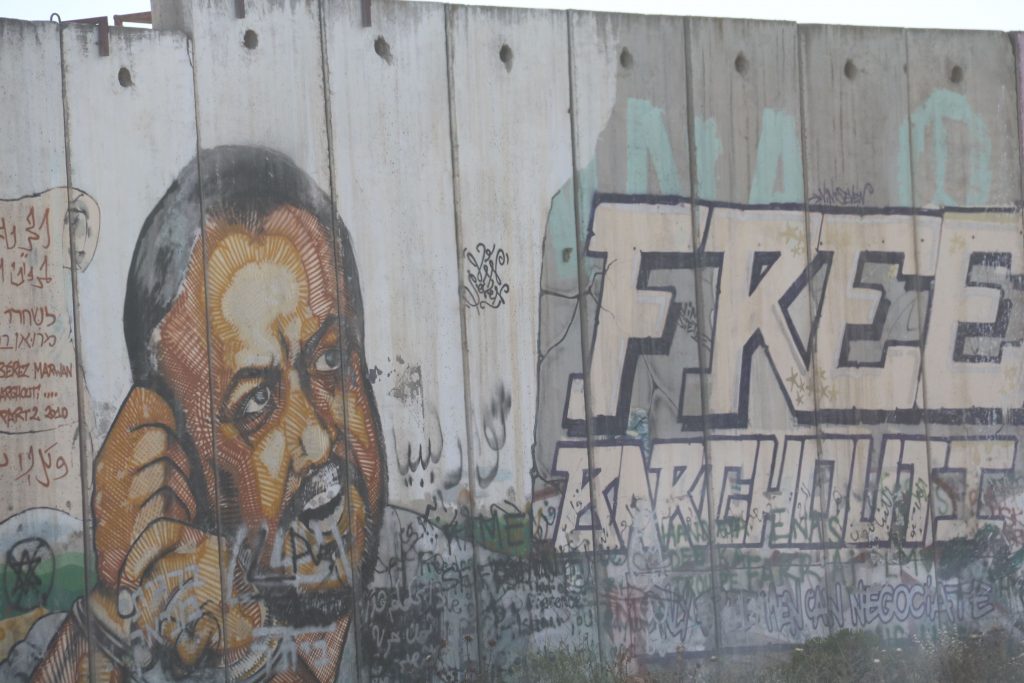 Footage of top PA terrorist Marwan Barghouti secretly eating — even though he is ostensibly leading a hunger strike — is “an Israeli fraud” and “a fabricated piece of propaganda,” the Palestinian Authority’s Committee for the Defense of Prisoners said in its response to the publishing of the footage. The group said that it was “typical” of Israel to denigrate Palestinians “using false evidence and fake news.”

With the footage, Israel was “trying to break the spirit of Palestinian resistance,” but it would not succeed, the group said. “The fact that they need to fabricate evidence shows how weak the regime is. It will not influence the 1,500 prisoners who are taking part in the hunger strike.”

The hunger strike has been going on for about a month. The terrorists who are participating in the strike have made over a dozen demands, including better and more food, more visits with relatives, and more visits from international medical groups like the Red Cross, which the terrorists are demanding be allowed to visit them twice a month. Most significant for them, security officials say, is the demand that public phones be installed in prisons to allow terrorists to contact families. Representatives of the terrorist prisoners say that the phone calls would not entail a security risk, as they would be monitored by Israel. The entire impact, they say, would be “humanitarian.”

Prison officials have been delivering his meals on a regular basis, and apparently he has been removing snacks and other items and stowing them away, eating when he believed he was not being observed, Israeli prison officials said. The incident became a hot topic on Israeli social media, with many writers making fun specifically of the food Barghouti was observed eating — a “tortit,” an Israeli chocolate-coated wafer snack. Many of the comments were creative take-offs on snacks, prisons, and the hypocrisy of the hunger strike led by a man who was eating. One commenter had Barghouti defending his accusers by saying “that wasn’t food; it was a tortit.” Another commenter said that “even if it was my last meal, I wouldn’t eat a tortit.” Other comments had similar cynical undertones.

In an op-ed in the New York Times, Public Security Minister Gilad Erdan wrote that “since his arrest in 2002, Mr. Barghouti has become adept at rebranding Palestinian terrorism as legitimate “resistance” and casting himself as a ‘moderate.’ He would prefer that his Western audiences not know that he was convicted of ordering or approving three attacks that cost the lives of five people. These victims, Jewish, Christian and Druze, were simply going about their daily lives, sitting in a Tel Aviv restaurant, driving along a road, pulling into a gas station. Mr. Barghouti denies the charges but, saying he doesn’t recognize Israeli courts, declined to defend himself.”

The hunger strike won’t help; Israel will not be pressured, wrote the minister. “The conditions and regulations in Israel’s prison system are determined according to Israeli law and international standards, not by pressure tactics. Surrendering to such a strike would constitute a surrender to terrorism and would only embolden terrorist groups, weaken our deterrence and lead to further conflict and bloodshed,” he added.