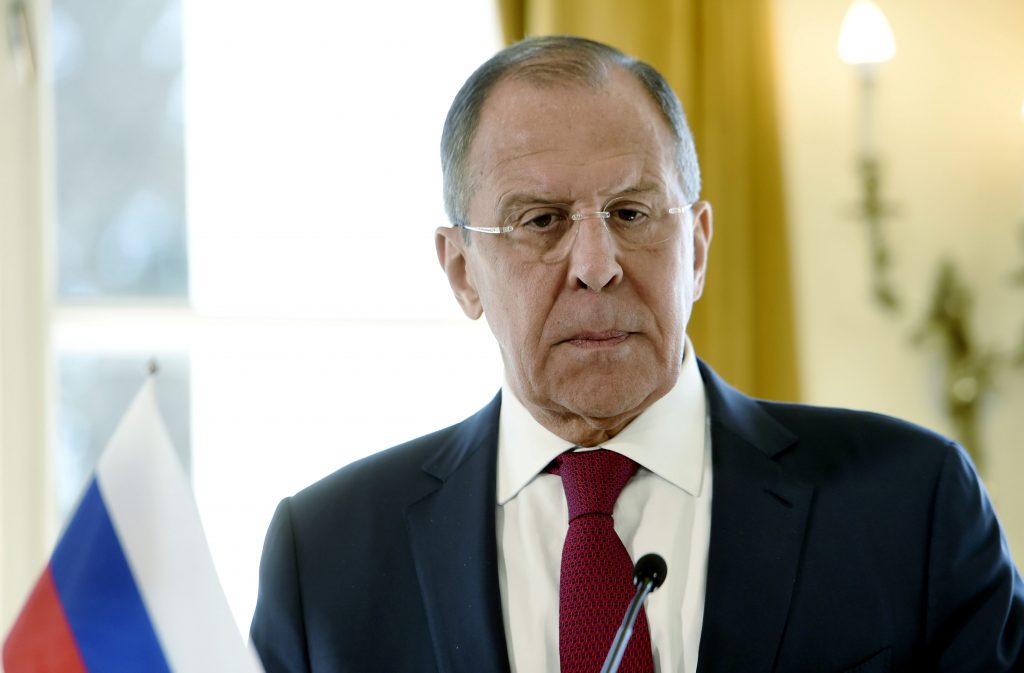 Russian Foreign Minister Sergei Lavrov will meet on Wednesday with Secretary of State Rex Tillerson in Washington, where the two are slated to discuss the ongoing conflict in Ukraine and how to “set the stage for a political settlement” in Syria, according to the State Department.

Though U.S.-Russia relations plunged to their lowest point since the end of the Cold War (at least according to the White House and Kremlin), Tillerson and Lavrov have met twice before since President Donald Trump took office: once in Bonn, Germany in February, and once in Moscow in April.

This will be the first time Lavrov visited Washington since 2013. The last time a Russian president visited Washington was when then-Russian President Dmitri Medvedev came to town in June 2010, a reality that underscores how tense relations between the two countries have become.

Hopes that Trump’s election would somehow dramatically strengthen ties were dashed shortly after Trump was inaugurated. Among other setbacks, Michael Flynn, Trump’s first national security adviser, was forced to resign for lying to Vice President Michael Pence about whether he discussed lifting sanctions with Russian Ambassador Sergei Kislyak. Russian politicians and pundits alike decried the move as a Russophobic witch hunt. Tillerson’s visit to Moscow days after Trump launched 59 Tomahawk missiles at an airbase in Syria did not help matters.

The situation in Ukraine, in the meantime, has made little progress since Tillerson’s April meeting with Lavrov. Fighting between Ukrainians and Russian-backed separatists continues, and Russia still has not implemented the Minsk agreements. Ukraine was not included in either the White House or Kremlin readout of U.S. President Donald Trump’s May 2 call with Russian President Vladimir Putin.

But Tillerson and his counterpart are also set to address Ukraine this week. According to the State Department, the two officials will discuss the need to end the violence in eastern Ukraine and put the Minsk agreements into effect — much the same discussion that the United States and Russia have been having on Ukraine since 2014.

Tillerson and Lavrov are also set to discuss Syria, another situation at a seeming standstill. President Trump has pledged to work with Russia to broker peace in Syria, where the Kremlin is still backing President Bashar Assad in the country’s deadly civil war. In May, Trump sent the senior U.S. Middle East envoy, Stuart Jones, to Russian-mediated Syria cease-fire talks held in Astana, Kazakhstan, where Russia, Iran, and Turkey signed a deal on “de-escalation zones” — that is, safe zones. That deal has been in effect since Saturday.

Ahead of Tillerson’s trip to Moscow, experts advised that perhaps some compromise could be found regarding Assad; Russia has long said that it is open to a future without the Syrian strongman.

One thing likely not on the agenda: the multiple investigations currently underway concerning Trump’s potential ties to Russia, which officials in Moscow have repeatedly insisted is a U.S. domestic matter.