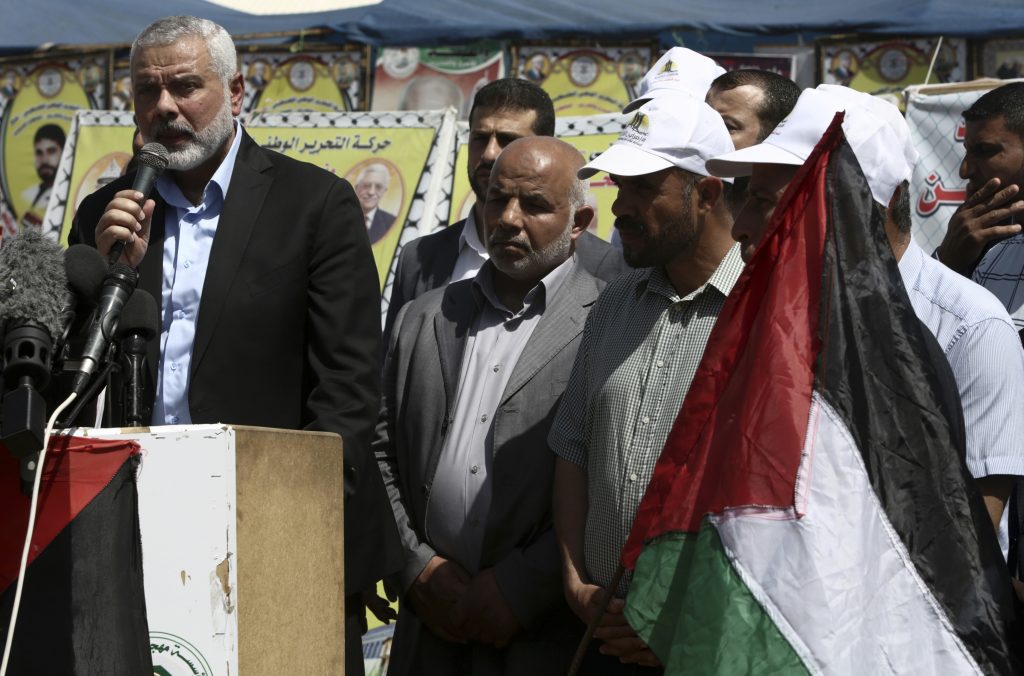 Ismail Haniyeh, the new leader of Hamas, made his first public appearance in his new role on Monday, visiting a solidarity tent in Gaza for hunger-striking Palestinian prisoners held by Israel.

Haniyeh replaced Qatar-based Khaled Mashaal in the terrorist organization’s top position as head of the political bureau. His win in secret internal elections was announced two days ago.

Haniyeh’s rise was the latest sign of a power shift in Hamas from abroad to Gaza, which has been under Hamas rule since a violent 2007 takeover.

He arrived at the tent in a white SUV, accompanied by bodyguards. Local officials and security chiefs lined up to greet him.

Haniyeh, who also served as Mashaal’s deputy for four years, is a familiar figure in Gaza, where he still lives in a heavily guarded compound.