World French President-Elect Macron Gears Up for Challenges Ahead
World 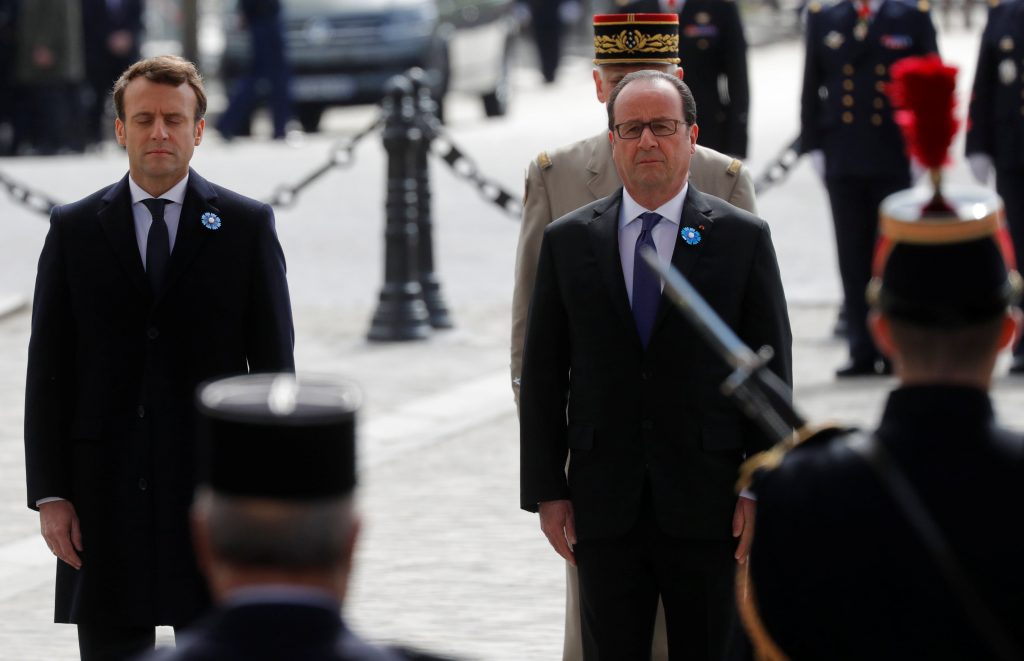 French President-elect Emmanuel Macron is laying the groundwork for his transition to power, with plans for a visit to Germany, a name change for his political movement and an appearance Monday with the man whose job he assumes.

His party, En Marche (Forward) is tweaking its name as it prepares a list of candidates. Macron has promised that half of those candidates will be new to elected politics, as he was before Sunday.

The far-right National Front party is also gearing up for a name change — if not a makeover of its ideas — after Marine Le Pen’s decisive loss.

In interviews Monday, her campaign director, David Rachline, said the party founded by her father would get a new name as bait to pull in a broader spectrum of supporters in France.

Macron won the presidency with 66 percent of votes cast for a candidate. But a high number of blank or spoiled votes and unusually low turnout are signs of an electorate dissatisfied with its choices.

Rachline said Le Pen will lead the opposition to Macron.

The incoming president appeared Monday alongside current President François Hollande in a commemoration of the end of World War II. Monday, a national French holiday, marks the day of the formal German defeat in World War II.

It also marks decades of peace in Western Europe, something Macron made a cornerstone of his campaign against Le Pen’s brand of populism. Le Pen called for France to leave the European Union and drop the euro currency in favor of the franc.

Sylvie Goulard, a French deputy to the European Parliament, said Macron would make Berlin his first official visit, with perhaps a stop to see French troops stationed abroad as well.

“If Macron fails then the next president will be Marine Le Pen and we need to prevent this at all cost,” he added.

Meanwhile, 141 people were arrested in Paris after trouble flared overnight following the presidential election, police said on Monday. Those detained in Menilmontant, a northeastern district of Paris, were accused of offenses ranging from throwing missiles at the police to damaging property.

The demonstrators were protesting both against Macron – criticized by many on France’s far left as a member of a discredited elite in thrall to global capitalism – and against his defeated far-right nationalist rival, Marine Le Pen.

An abstention rate of over 25 percent, and the fact that more than 11 percent of those who turned out chose neither candidate, pointed to a high degree of disillusionment with the choices on offer in the runoff.

The hardline leftist CGT labor union planned a demonstration in the capital later in the day against the kind of liberal economic policies that Macron espouses.