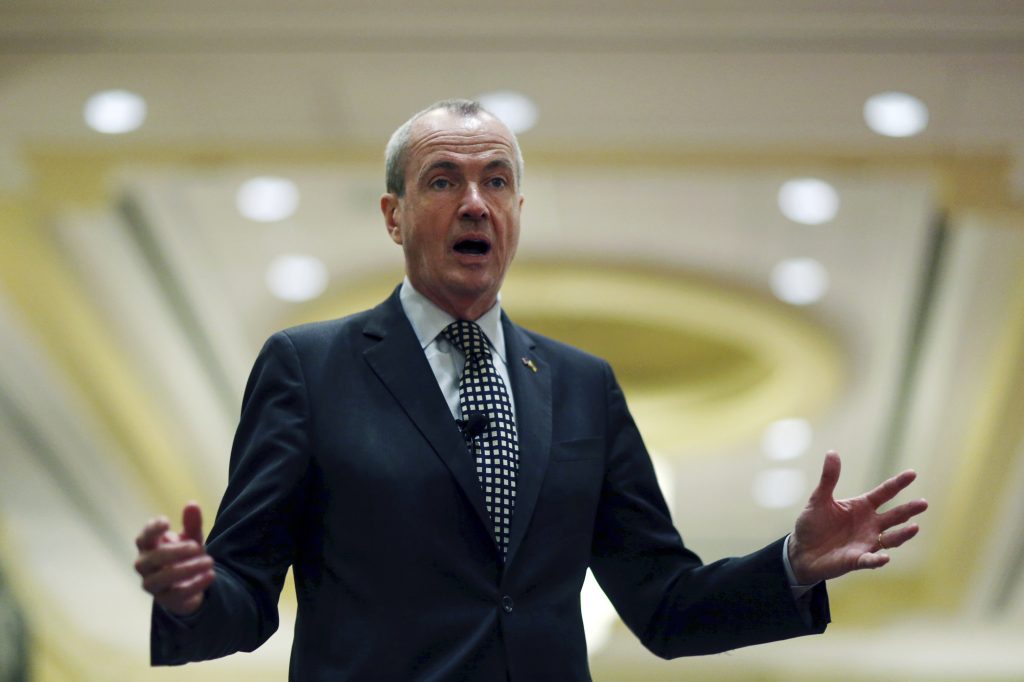 New Jersey residents will get their first glimpse of the Democrats and Republicans running to succeed Gov. Chris Christie going head-to-head on Tuesday.

The first of a pair of Democratic and Republican debates is set for Stockton University in Galloway. Republicans, including Lt. Gov. Kim Guadagno and Assemblyman Jack Ciattarelli, will square off first at 6:30 p.m.

The contest has been churning along for months, but has largely gone under the radar. A recent poll showed roughly half of voters surveyed don’t know who they’ll be backing.

The primary is June 6.

A closer look at what to expect:

Though many voters haven’t made up their minds, the contest has clear leaders on both sides, and the debates provide a chance to climb further ahead or possibly stumble.

Murphy, a former Goldman Sachs executive who served former President Barack Obama as ambassador to Germany, has a double-digit lead in polls, is financing his campaign with $10 million of his own money and has won dozens of influential endorsements. But he’s never held elected office or participated in politics at the statewide level. His opponents are seizing on his early endorsements as a “coronation,” and casting his Goldman service as anti-populist.

Guadagno is New Jersey’s first lieutenant governor and has served with Christie since winning election in 2009. She has also tallied a number of key GOP endorsements and is leading in polls, but Ciattarelli has criticized her as a continuation of the Christie administration, which has low approval ratings.

President Donald Trump’s supporters touted his win as a victory for the so-called silent majority of voters who had until then gone ignored in national politics.

So far, Mr. Trump’s biggest supporters among the New Jersey candidates — Nutley commissioner Steve Rogers and Ocean County small businessman Joseph “Rudy” Rullo — haven’t broken through in the polls. Neither has the Bernie Sanders wing of the Democratic Party gained a lot of traction.

Wisniewski, who chaired Sanders’ campaign against Hillary Clinton in the Democratic primary last year, is behind Murphy in the polls. That’s probably because primaries are low-key affairs in New Jersey, according to experts.

“A primary election is an obscure event for most voters,” said Fairleigh Dickinson University political science professor Peter Woolley. “A primary debate with mostly obscure candidates is even more obscure.”

Democrats will debate in their second and final showdown Thursday in Newark, and Republicans will meet again May 18.