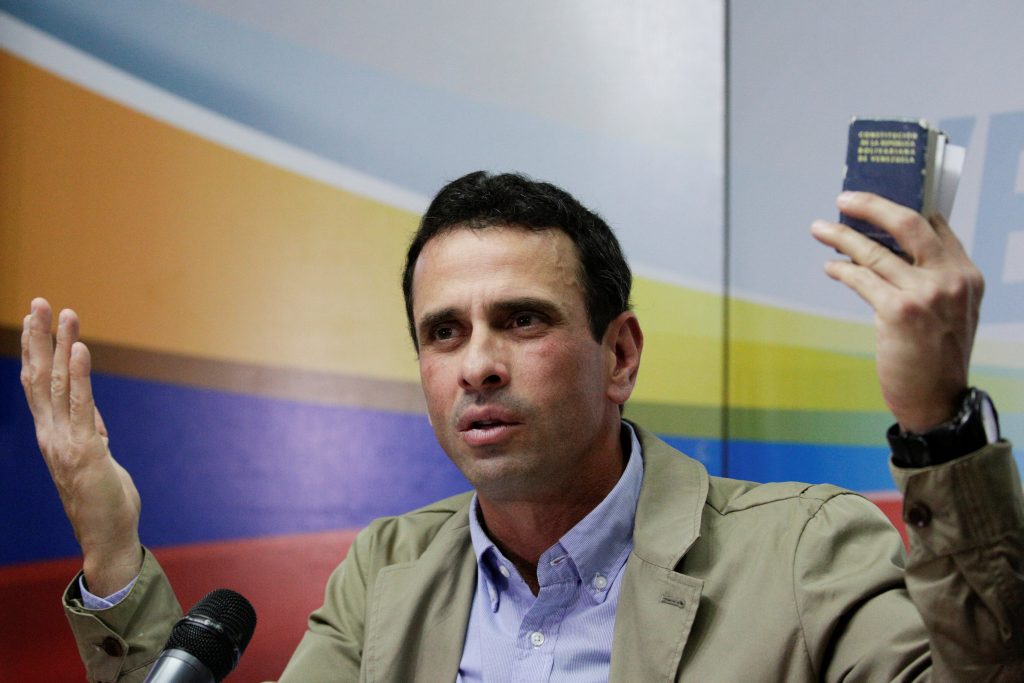 Opposition Governor Henrique Capriles said Sunday that Pres. Maduro’s constitutional assembly goes against Venezuela’s charter, which requires approval of the nation’s voters to alter the constitution. Instead, opposition leaders said they’re planning a protest on Monday at the Education Ministry to present arguments against the assembly, and are staging marches across the nation.

“An absolutely fraudulent process could go wrong for us,” Capriles said, according to a statement provided by the opposition alliance known as the Unidad Democratica. If the government “continues with this madness,” Venezuela will be ungovernable, he said.

Mr. Maduro called for the popular assembly last week in a fresh attempt to consolidate his hold on the nation as hundreds of thousands of demonstrators poured into the streets. Triple-digit inflation and widespread hunger after two decades of socialist rule have led to protests and street battles, and dozens have been killed in clashes over the past month.

The opposition’s decision follows a phone call on Saturday between U.S. President Donald Trump and Peru President Pedro Pablo Kuczynski, in which Mr. Trump said he’d work with Peru to “improve democratic institutions and help the people of Venezuela,” according to a readout of the call provided by the White House.

Venezuela opposition leader Julio Borges said in a posting on Twitter that he spoke with U.S. Vice President Mike Pence on May 5, and that Pence expressed concern about human rights violations and the constitutional rupture in Venezuela.