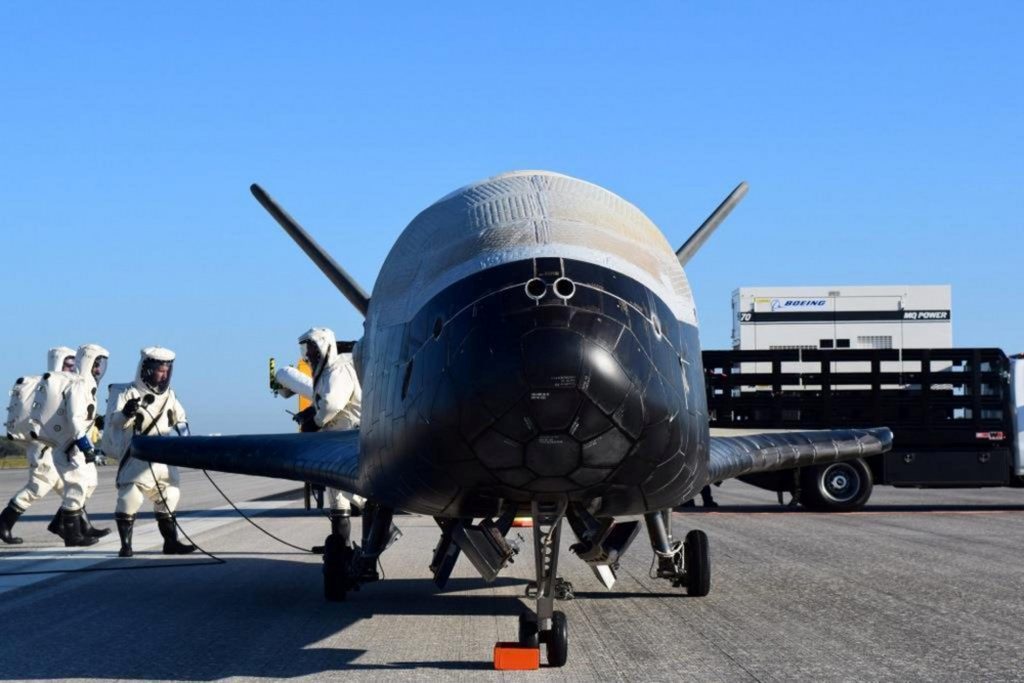 The unmanned X-37B, which resembles a miniature space shuttle, touched down at 7:47 a.m. EDT (1147 GMT) on a runway formerly used for landings of the now-mothballed space shuttles, the Air Force said in an email.

The Boeing-built space plane blasted off in May 2015 from nearby Cape Canaveral Air Force Station aboard an Atlas 5 rocket built by United Launch Alliance, a partnership between Lockheed Martin Corp and Boeing Co.

The X-37B, one of two in the Air Force fleet, conducted unspecified experiments for more than 700 days while in orbit. It was the fourth and lengthiest mission so far for the secretive program, managed by the Air Force Rapid Capabilities Office.

The orbiters “perform risk reduction, experimentation and concept-of-operations development for reusable space vehicle technologies,” the Air Force has said without providing details. The cost of the program is also classified.

The Secure World Foundation, a nonprofit group promoting the peaceful exploration of space, says the secrecy surrounding the X-37B suggests the presence of intelligence-related hardware being tested or evaluated aboard the craft.

The vehicles are 29 feet (9 meters) long and have a wingspan of 15 feet, making them about one quarter of the size of the National Aeronautics and Space Administration’s now-retired space shuttles.

The X-37B, also known as Orbital Test Vehicle, or OTV, first flew in April 2010 and returned after eight months. A second mission launched in March 2011 and lasted 15 months, while a third took flight in December 2012 and returned after 22 months.

Sunday’s landing was the X-37B’s first in Florida. The three previous landings took place at Vandenberg Air Force Base in California. The Air Force relocated the program in 2014, taking over two of NASA’s former shuttle-processing hangars.