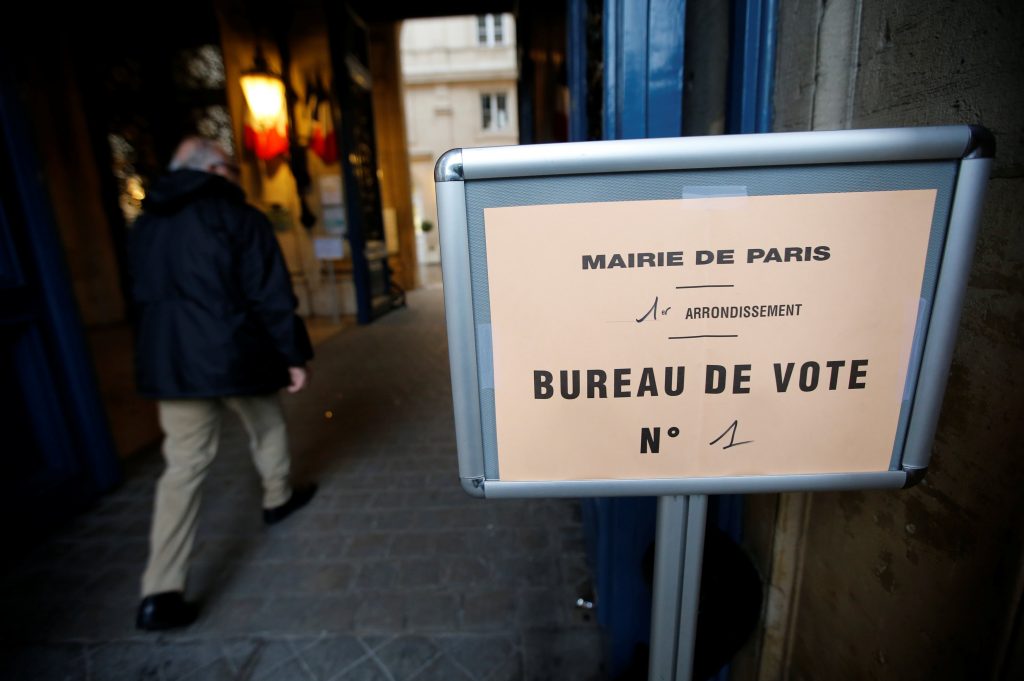 After a tumultuous election campaign filled with scandals and surprises, the French public began to vote on Sunday on whether a pro-European Union centrist or an anti-EU, anti-immigration, far-rightist will lead them for the next five years.

Opinion polls indicate they will pick Emmanuel Macron, a 39-year-old ex-economy minister who wants to bridge the left-right divide, resisting an anti-establishment tide that has seen Britons vote to leave the EU and Americans choose Donald Trump as U.S. president.

But should an upset occur and National Front candidate Marine Le Pen win, the very future of the EU could be on the line.

Macron, who wants to deregulate the economy and deepen EU integration, has a 23- to 26-percentage-point lead over Le Pen in the opinion polls.

Forecasts proved to be accurate for the presidential election’s first round last month, and markets have risen in response to Macron’s widening lead over his rival after a bitter debate on Wednesday.

In a campaign that has seen favorites drop out of the race one after the other, Le Pen, who wants to close borders, ditch the euro currency and clamp down on migration, is nevertheless closer to elected power than the far right has ever been in Western Europe since World War II.

Even if opinion polls prove accurate and France elects its youngest president ever rather than its first female leader, Macron himself has said himself he expects no grace period.

Abstention could be high, and close to 60 percent of those who plan to vote for Macron say they will do so to stop Le Pen from being elected to lead the euro zone’s second-largest economy rather than because they fully agree with the former banker-turned-politician.

“The expected victory … wouldn’t be a blank check for Emmanuel Macron,” Odoxa pollsters said in a note. “A huge majority will not be backing him wholeheartedly.”

Sunday’s election will in any case not end the battle between mainstream and more radical policies in France, with parliamentary elections next month equally crucial.

Once the presidential ballot is over, attention will immediately switch to whether the winner will be able to count on a parliamentary majority. The first poll on the parliamentary election, published this week, showed that was within reach for Macron.

Much will also depend on both the candidates’ score on Sunday. Le Pen’s niece, Marion Marechal-Le Pen, told L’Opinion daily on Thursday that a 40-percent score would already be “a huge victory” for the National Front.

Whoever wins will spell a new chapter in French politics. The major left-wing and right-wing parties – the Socialist Party and The Republicans – that have ruled France for decades both suffered humiliating defeats in the election’s first round.

The campaign was hit by yet another surprise on Friday night just before the quiet period which forbids politicians from commenting started. Macron’s team said a massive hack had dumped emails, documents and campaign-financing information online.

More than 50,000 police officers will be on duty. Security will be a prime concern in the wake of a series of terror attacks in Paris, Nice and elsewhere that have killed more than 230 people in the past two-and-a-half years.