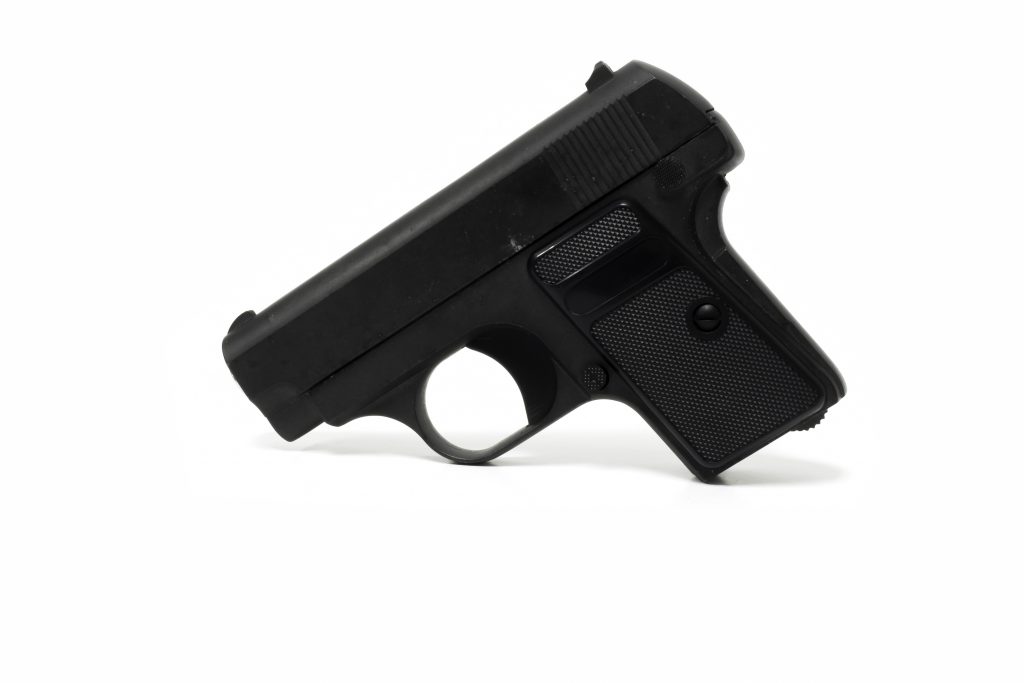 The teenager pulled a gun from his waistband and pointed it at the officers. They yelled for him to drop the weapon, according to a police statement, but, instead, the 15-year-old stepped forward.

Just before 3:30 a.m. Saturday, someone called 911 asking police to check on a boy standing in front of Torrey Pines High School, near the northwest corner of the city. The caller referred to the teen in the third person and said the 15-year-old didn’t have a gun.

Officers saw the boy as they arrived in the school’s front parking lot, according to the statement, but the situation escalated as they got out of their cars.

The teen “pulled a handgun that was concealed in his waistband and pointed it at one of the officers,” the statement said.

Both officers pulled their guns. They shouted at the boy to drop the gun.

But he ignored their orders and started walking toward the officers while still pointing the gun.

“Fearing for their safety, both officers fired their weapons at the male, striking him numerous times,” the statement said.

The officers requested help and began performing CPR on the teen – their frantic efforts conveyed by radio traffic, according to the San Diego Union-Tribune. A dispatcher acknowledged that shots were fired and asked whether any of the officers were injured. An officer responded “negative” but told dispatchers that he and the other officer were performing CPR and that paramedics were needed “now.”

But the teen’s injuries were too severe. He was pronounced dead at Scripps Memorial Hospital La Jolla.

Police traced the original 911 call and determined that the teen was the one who had summoned officers to the school, apparently enlisting them in his suicide plot. Police recovered his weapon at the scene – and realized it was a BB gun.

San Diego police have not released the name of the teen because he is a juvenile, according to the police statement. They said he lived in the neighborhood around the school with his parents. School officials confirmed that he was a freshman at Torrey Pines High.

Police also haven’t released the names of the officers. One has been on the force for 28 years and the other for four years, according to the Union-Tribune.

One of the officers is on the department’s juvenile services team, which focuses on keeping youths out of trouble and intervening early when they come in contact with the law, the newspaper reported.

The shooting shocked the community and students at Torrey Pines High, which has an enrollment of nearly 3,000. Some students showed up on the campus Saturday morning and came across police cars and crime-scene tape, the Union-Tribune reported.

“The details of the situation are still unfolding, but whatever they are, this is very traumatic for our students, staff, families and community,” Eric Dill, superintendent of the San Dieguito Union High School District, said in a letter posted on the school’s website. “As a community, we have a shared responsibility to care for one another. Please rest assured that we will do everything possible to maintain our daily routine while supporting each other as we deal with this sad event.”

According to The Washington Post’s fatal-force database, 339 people have been killed by officers this year. Of those, nearly one in five was dealing with some type of mental illness.

Last year, 963 people were killed by police, and more than a quarter were suffering from mental illness.

Although no one keeps specific numbers on “suicides by cop,” a 2014 report by the National Sheriffs’ Association estimated that a third of police shootings fall into that category.

In such situations, officers often have little say-so in anything but the final act, while the suicidal person may have planned or even practiced the encounter.

A bulletin by the FBI concluded that for officers, taking one’s life by cop “often is unpreventable” and “may not be unavoidable because of the nature of the plan or the point where first responders encounter the suicidal individual.”

A suicide-by-cop “attempt is close to consummation as officers are exiting their vehicles. Police are not enlisted opportunistically as means at the scene; they arrive in the midst of a planned scenario.”