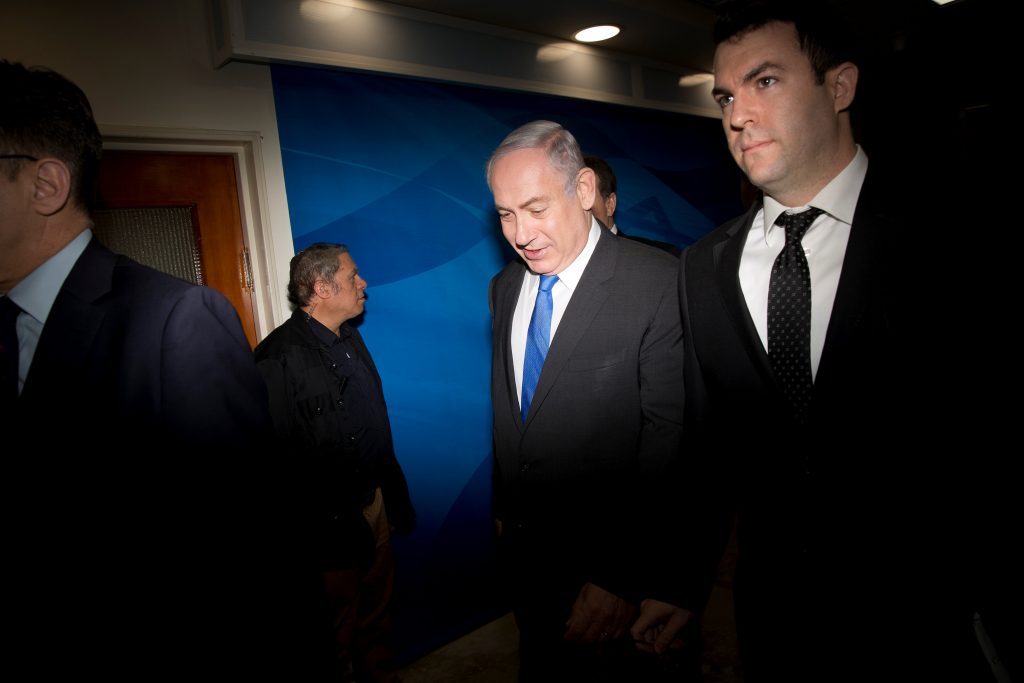 Israeli police investigators have decided to recommend indictment of Prime Minister Binyamin Netanyahu for accepting illegal gifts, according to an Opposition MK, The Jerusalem Post reported.

Zionist Camp MK Mickey Rosenthal claimed at a cultural event in Modiin that the indictment will be filed in “around two-and-a-half months.”

There was no official confirmation or denial from police. On Sunday, a spokesman said, “We do not disclose details from ongoing investigations.”

Mr. Netanyahu has maintained his innocence throughout the investigation, which has been making headlines for months.

In response to the report, the Prime Minister’s Office released a rejoinder:

“After months of police leaks saying that they will recommend indictment, does anyone think that they’ll have the courage to climb down from the tree and admit there is nothing?” the statement said, adding, “As for the new spokesman of the police speaking on his own behalf, Mickey Rosenthal and his friends from the left, we say – look for salvation elsewhere.”

Police were not exactly silent on the matter, however. Tel Aviv Economic Crimes Division Director Liat Ben-Ari at a conference on Thursday said that “When we are referring to presents worth hundreds of thousands of shekels, it is hard for me to accept that we are talking solely about presents between friends.”