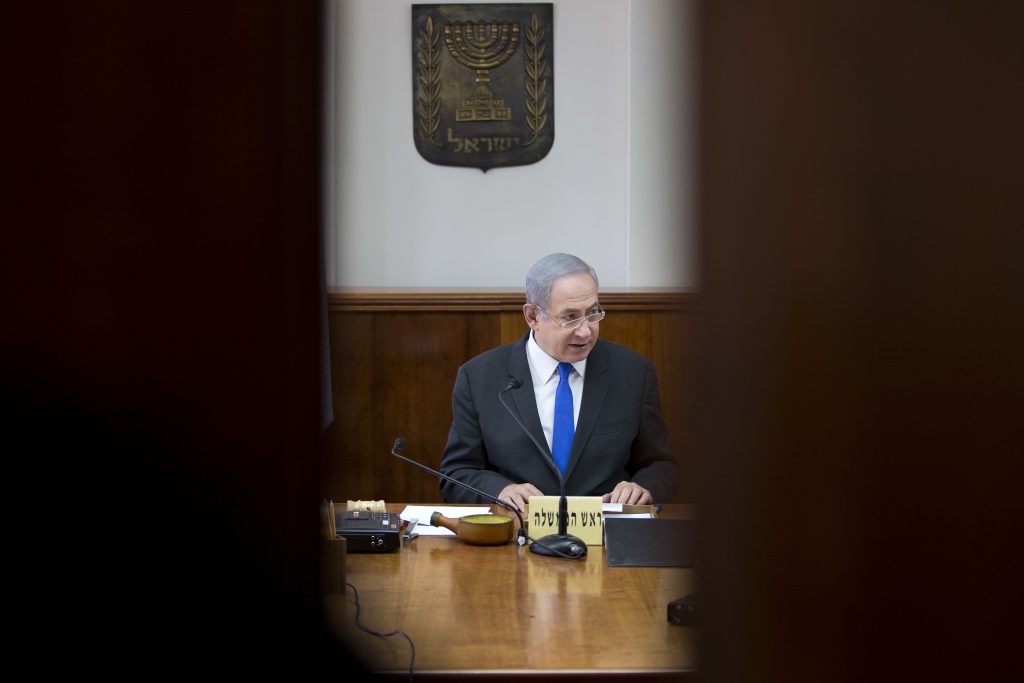 The president is scheduled to arrive in Israel on May 22.

Netanyahu says Trump’s first overseas trip as president reflects the strong bond between the nations. “The president will be warmly welcomed here as a great friend of Israel and as is customary for the leader of our greatest ally, the United States,” said PM Netanyahu.

He welcomed Trump’s push to resume peace talks, but criticized Palestinian leader Mahmoud Abbas for “praising terrorists and paying them” — and lying about preaching peace to children.

“The president is seeking to examine ways of renewing the peace process with the Palestinians. I share in this desire, as do the citizens of Israel. We want peace. We are also educating our children for peace,” said the prime minister.

“I heard Abu Mazen [Abbas], who praises terrorists and pays them according to the severity of the murders they committed against Israelis; I heard Abu Mazen say that the Palestinians are also educating their children for peace. I regret that this is simply incorrect.”

The Palestinian “martyrs’ fund” pays about 35,000 families of Palestinians killed and wounded in the long-running conflict with Israel, and says the money amounts to welfare payments to victims. Israel has long said the payments glorify terrorism and provide an incentive to kill. Last week, Netanyahu urged Abbas to “fund peace and not murder.”