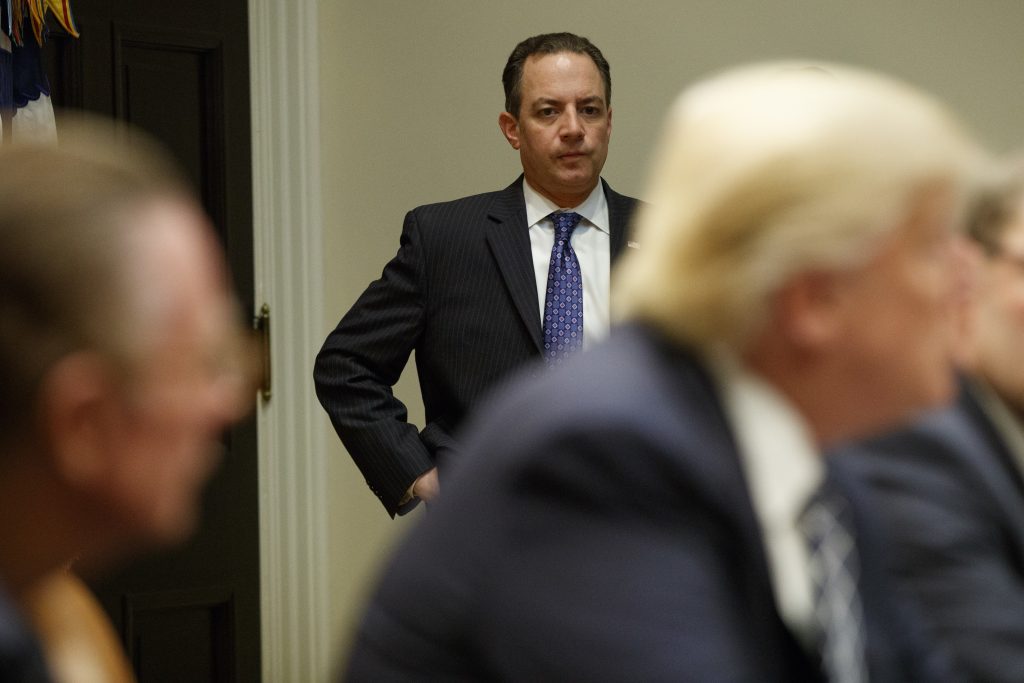 White House chief of staff Reince Priebus said Sunday that President Donald Trump remains committed to fighting the nation’s opioid crisis and that “nothing is finalized” regarding a proposal to gut the budget of the White House’s “drug czar.”

“I would always tell people, judge President Trump by his actions, not leaked documents and hypotheticals,” Priebus said during an appearance on Fox. “And the actual actions of this president is a total commitment to this epidemic across this country.”

Priebus was pressed by moderator Chris Wallace about reports that Mr. Trump is considering slashing the budget of the “drug czar” by 95 percent, effectively eliminating the decades-old Office of National Drug Control Policy, the lead federal agency responsible for managing and coordinating drug policy.

In an email sent to full-time employees, Richard Baum, the acting director of the office, said the administration’s proposed cuts were “at odds” with Mr. Trump asking the office to support a new commission that is seeking to combat the opioid crisis. Baum called the proposed cuts “drastic” and “frankly heartbreaking.”

“First of all, that’s a leaked document and it’s – and I would tell you that nothing is final in this debate and discussion in regard to this particular issue, in this particular office,” Priebus said.

But he said that across the administration “we have duplicative services in this regard all over the place” and suggested that several programs could be merged. He said officials at the departments of Justice and Health and Human Services are working on the issue.

“I don’t think any president showed more commitment in the first 100 days in regard to tackling opiates,” Priebus said, pointing to the commission Mr. Trump set up. It is being led by Gov. Chris Christie, R-N.J.