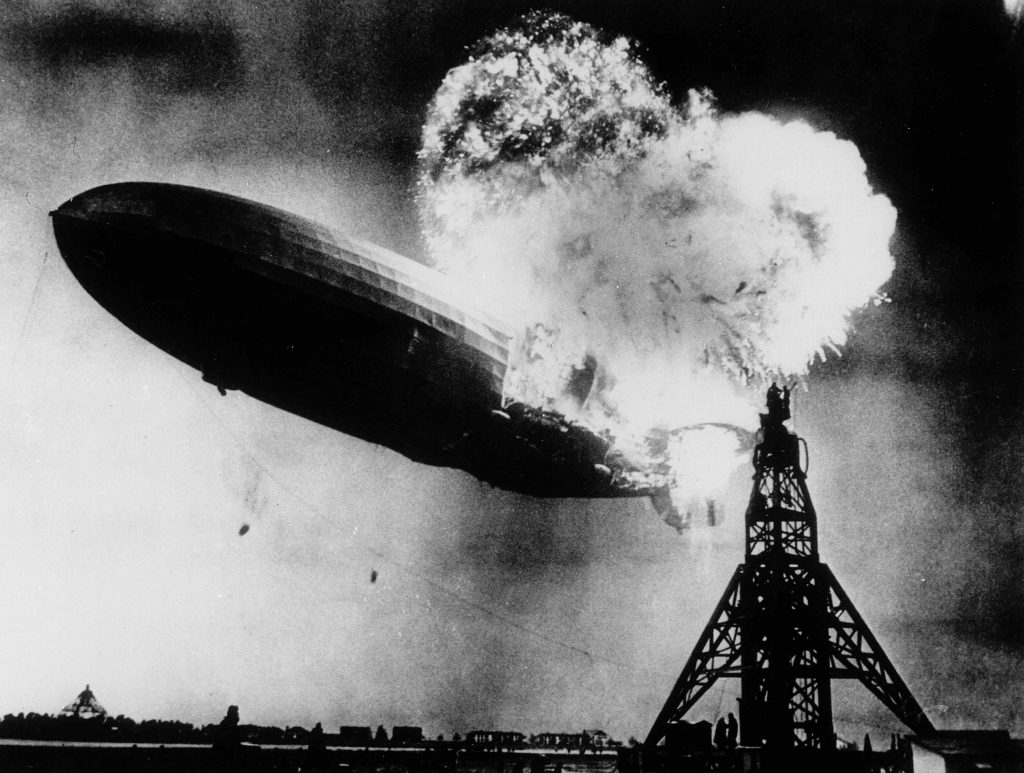 It was 80 years ago Saturday that a radio announcer from Chicago stood at Lakehurst Naval Air Station in New Jersey and uttered those words into a microphone as the German airship burst into flames, killing 35 of the 97 people on board and one on the ground.

Word went out as Robert Okin of The Associated Press telegraphed the news one minute later. But Herb Morrison’s words were not heard live that day in 1937, nor were they linked to the film shot by four newsreel crews on the scene. Yet the Hindenburg became the first multimedia air disaster of the 20th century, and Morrison made broadcast history.

“It was one of the real moments in media history that had a broadcaster reacting to something totally unexpected,” said Ron Simon, senior curator of media at New York City’s Paley Center for Media.

Morrison’s voice was being recorded on a transcription disc as he described the airship’s arrival, Simon said. The disc was running slowly, so his voice sounded higher when played back.

For about 40 minutes, Morrison described the final moments, pausing when emotions got the best of him, and interviewed witnesses. But his report wasn’t heard until the next day.

Simon said the radio networks had to decide what to do because they had a policy against playing recorded material. NBC decided to play it once, while others used excerpts.

The recording, along with the newsreel, were played on Friday at a dinner held by the Navy Lakehurst Historical Society. The group gathered Saturday night at the crash site for a wreath-laying ceremony in memory of those who died. About 600 people attended.

“We’re honoring people who lost their lives as pioneers who made today’s air travel what it is,” said the group’s president, Carl Jablonski.