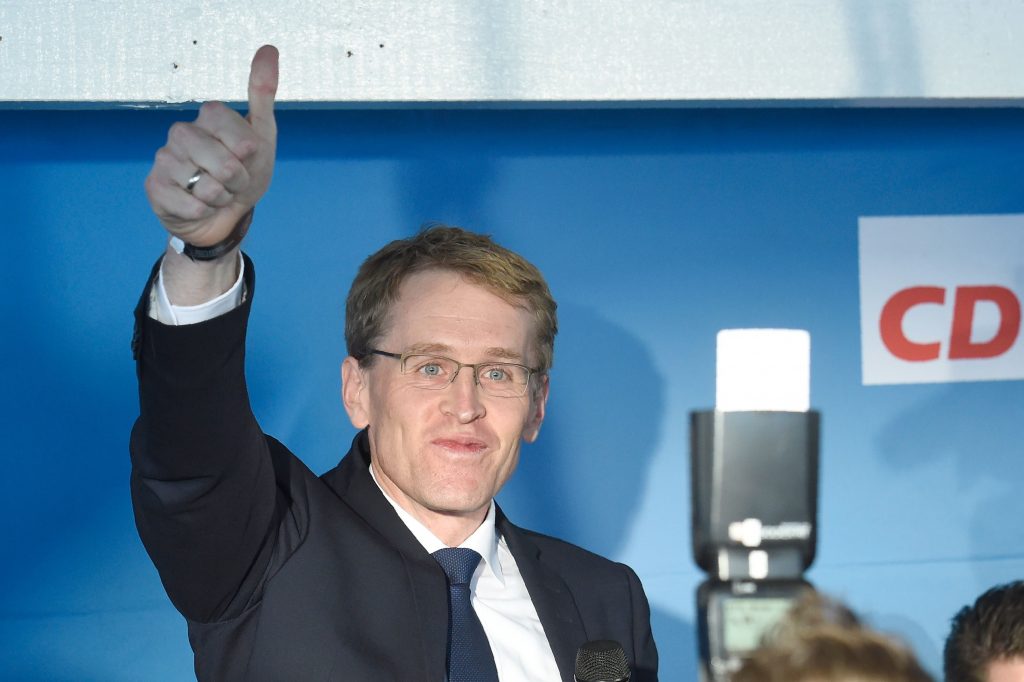 German Chancellor Angela Merkel’s conservatives came in first Sunday in a local election seen as a warm-up for her bid for a fourth term in a national election in the fall.

The results in the small northern state of Schleswig-Holstein were a blow to her main national challenger, Social Democrat Martin Schulz, whose party’s governing coalition was ejected from office there.

The Social Democrats had governed the region of 2.8 million people since 2012 in coalition with the Greens and the small SSW party of the region’s Danish majority.

Exit polls and early returns broadcast by ARD showed Merkel’s Christian Democrats, headed by local candidate Daniel Guenther, were in the lead with 32.8 percent of the vote, ahead of the second-place Social Democrats who had 26.7 percent.

Preliminary estimates indicated the Christian Democrats could form a 42-seat majority in the region’s 69-seat parliament with the Greens and the pro-business Free Democrats. Or they could form a left-right coalition with the Social Democrats.

The Social Democrats would in theory have enough seats in a coalition with the Free Democrats and the Greens. Local Free Democrat leader Wolfgang Kubicki called that outcome “unlikely,” however.

The anti-immigration Alternative for Germany party barely cleared the 5 percent hurdle to get into parliament and thus now has seats in 12 of Germany’s 16 legislatures. But it won’t play a direct role in forming the local government because other parties refuse to work with it.

Regardless of the outcome of local coalition talks, the result was a damper on the mood among Social Democrats and unexpected good news for Merkel. Polls had suggested a neck-and-neck race.

The Social Democrats surged in national polls after Schulz, a former European Parliament president, was nominated as Merkel’s challenger in January, but the party’s ratings have since sagged. The latest polls show them trailing Merkel’s conservatives by about eight points.

Nationally, the Social Democrats play second fiddle in a governing coalition headed by Merkel, who became chancellor in 2005.

Schulz could take over as chancellor if the Social Democrats come in ahead of Merkel in the national vote on Sept. 24.

The Schleswig-Holstein vote comes a week before an election for the regional parliament in North Rhine-Westphalia, Germany’s largest region and home to Schulz, although he is not on the ballot.

The two local elections are the last ballots before the national contest.