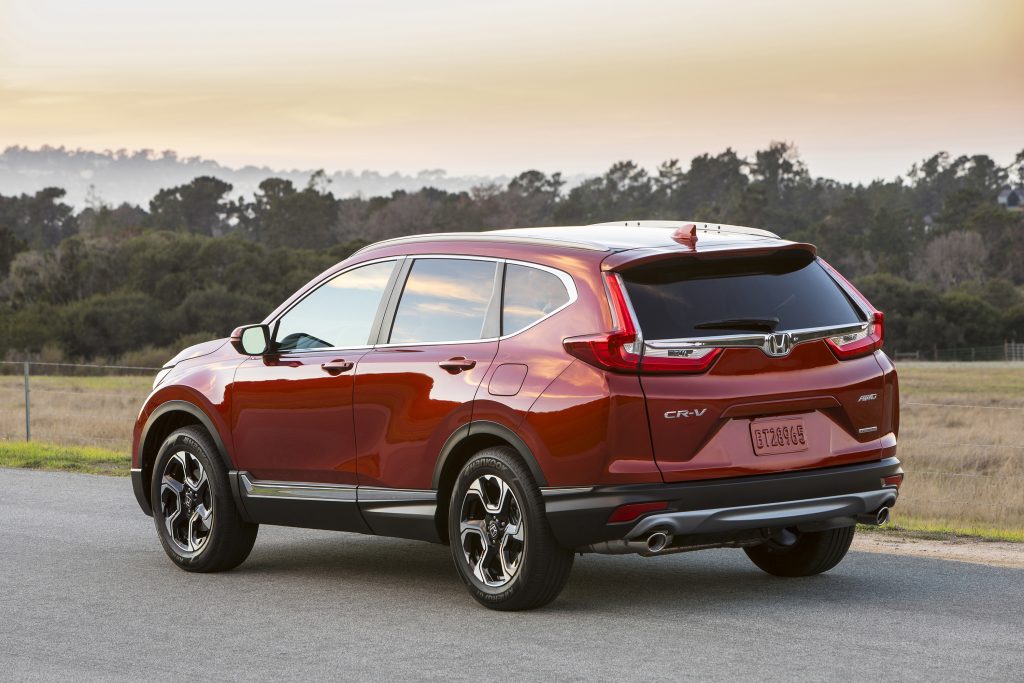 Honda has pumped up the CR-V, its best-selling sport-utility vehicle, by turbocharging the engine and adding high-tech electronics to the low-cost crossover.

The result is an appealing, affordable vehicle that will earn its place in a lot of American driveways.

The CR-V helped create the mainstream SUV market. Introduced in 1997, when SUV sales were far outpaced by sedans, the boxy car was an immediate success.

Since then, the four-door people mover has become the country’s bestselling small SUV and has been a source of continued sales strength for Honda as car owners gravitate more toward SUVs over sedans.

Eager to maintain market share and keep its position at the top, Honda has beefed up its 2017 CR-V. It has given the crossover a turbocharged engine and loaded it up with high-tech features.

The new engine is standard on three of the four 2017 trim levels. (The base LX model has the previous non-turbo 2.4-liter engine.) All-wheel drive is available on all four levels, as a $1,300 option. The upper trim levels include a battery of sophisticated safety and comfort features usually found on more expensive vehicles.

Aside from the engine, there’s a lot that’s new for 2017: Honda Sensing, which includes adaptive cruise control, collision mitigation braking and lane departure warning (on all but base trim level); Apple CarPlay and Android Auto; and a remote, keyless start function.

I really enjoyed driving this little car, and as I was scooting around town, I wondered whether I’d be happy to own one.

My inability to find the CR-V’s specific application to my life did not diminish my admiration for it. If I were an active single person (please, not that again) or a young father of two small children (I did that and it almost killed me) or had retired to that little farm in wine country (still possible, right?), this might be the best possible car for the money.

Those who don’t love the CVT transmission, which maximizes fuel economy but to me creates a disconnect in the driving experience, won’t love this one any better.

But they’ll like improvements to the front seats — which are more adjustable and offer heating and ventilating options — and the increased cabin space, rear seat legroom and cargo area.

If it looks bigger, that’s because it is. Like most small and compact SUVs — compare a new RAV4 with the original — this fifth-generation CR-V is bulkier than the one that Honda introduced in 1997.

Honda has managed, impressively, to improve this 2017 lineup while holding the line on costs. Even the most expensive CR-V, with all the bells and whistles, is still close to the average transaction price for all vehicles sold in the United States. The others are all well below it.

The top-end Touring level, powered by the new turbocharged engine and loaded with interior, exterior and safety features, starts at $34,595.

Quick take: A great car gets an improved engine

Lows: Feels at times more like an appliance than an auto