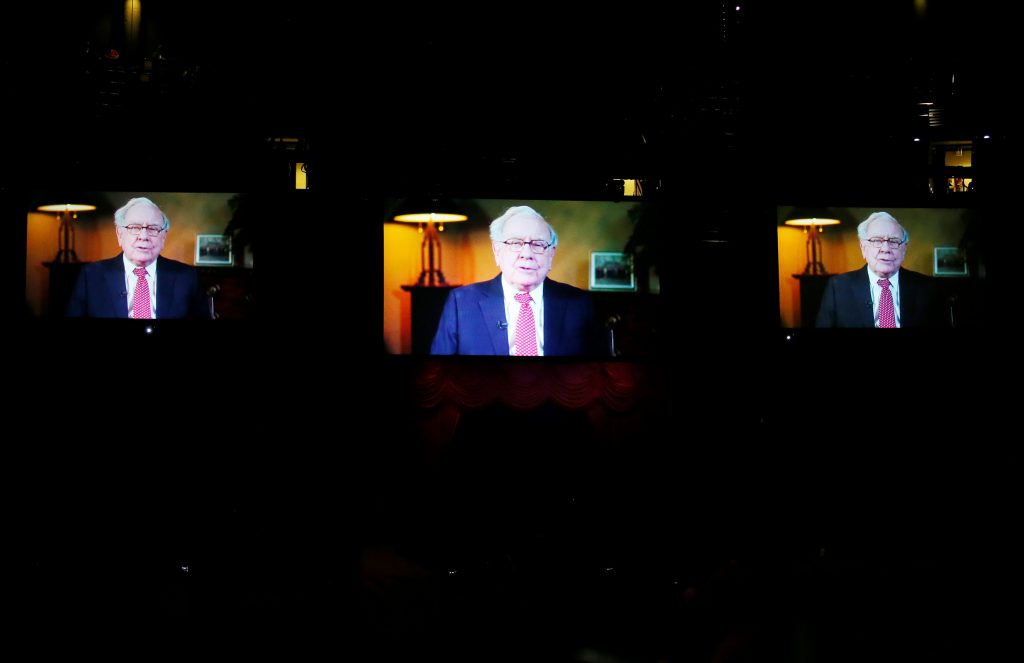 Listening to Warren Buffett never gets old to the thousands of Berkshire Hathaway shareholders who filled an arena Saturday to listen to the billionaire investor at the company’s annual meeting.

More than 30,000 people came to Omaha to hear Buffett and Berkshire Vice Chairman Charlie Munger talk. The 86-year-old CEO and his 93-year-old partner have been leading the conglomerate for more than five decades, but the crowd is always listening for new tidbits of wisdom. Buffett is known for his candor and plain speaking.

Berkshire’s top two executives acknowledged Saturday that they missed out on investing in Google years ago, but they expressed pride in the company they built through acquisitions and said they believe it will thrive for decades to come.

“In retrospect, I think we were smart enough to figure out Google early, and we didn’t,” Munger said.

Buffett and Munger avoided technology investments for most of their careers because they said it was too hard to figure out which companies will win. Berkshire does now own 133 million Apple shares, but it just sold off one-third of its 81 million IBM shares because Buffett misjudged that firm.

Buffett had harsh words for Wells Fargo’s managers who failed to respond promptly to the sales practices scandal that cost the former CEO his job last year. The bank said last fall that its employees opened up 2 million bank accounts without customer approval to meet unrealistic sales goals.

“The main problem was they didn’t act when they learned about it,” Buffett said.

Berkshire is Wells Fargo’s biggest shareholder. Buffett said he still believes in the long-term prospects of the bank even though Wells Fargo mishandled the scandal.

Buffett said there’s no change in Berkshire’s plan to eventually replace him. He said one of the most important qualities his successor will need is a talent for wisely investing Berkshire’s cash.

“We need a money mind as CEO,” said Buffett, who has no plans to retire.

Berkshire plans to name one of its existing managers CEO after Buffett is gone, and the decentralized structure of the company allows Berkshire’s subsidiaries to largely run themselves.

“We have an extraordinary group of good managers,” Buffett said.

The executives who run Berkshire subsidiaries look forward to the meeting just as the shareholders do.

Brooks Running CEO Jim Weber said he’s always careful about how much of Buffett’s time he takes up when he talks to him, so those conversations tend to focus just on Brooks’ running-shoe business. The annual meeting offers one of the few times Weber gets to hear Buffett discuss other topics.

“I want to hear him talk about the economy and investing,” Weber said. “I’m looking forward to hearing him as much as everybody else.”

“I think it’s a neat way to keep the enthusiasm up in shareholders,” said Jerry Meyer, who drove to Omaha with family from Coffeyville, Kansas.

Buffett is the celebrity that everyone wants to get close to at the meeting. When Buffett toured the exhibit hall, he was surrounded by a pack of reporters, shareholders and security officers.