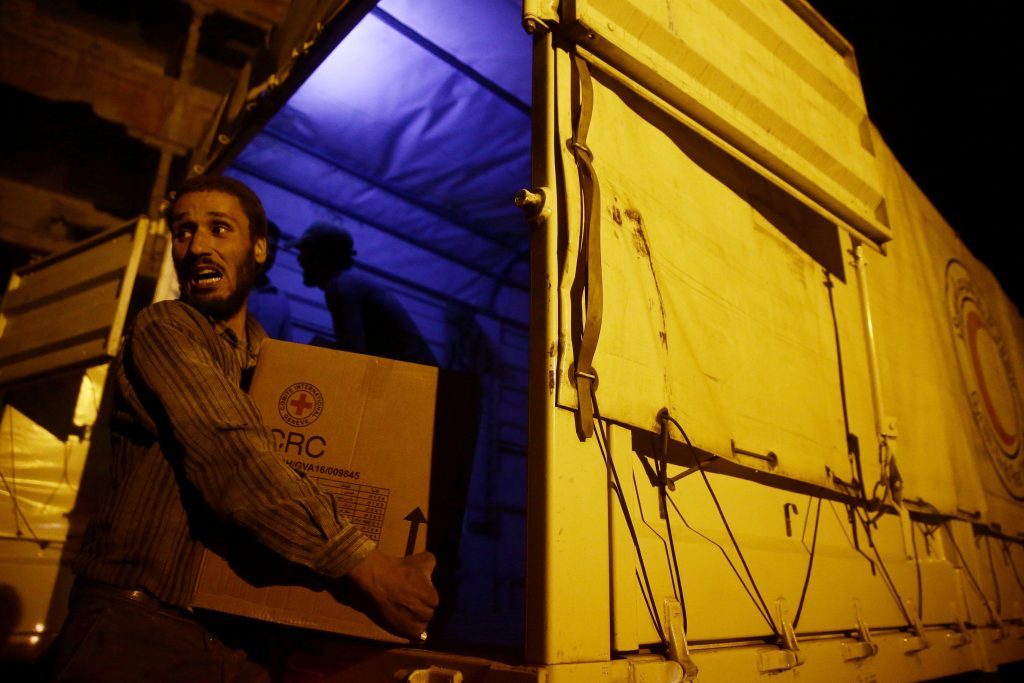 Fighting between Syrian rebel and government forces eased on Saturday as a Russian-led effort to shore up a ceasefire took effect, although battles continued on important frontlines near Hama and Damascus, rebels and a war monitor said.

The deal to create “de-escalation” zones in the major areas of conflict in western Syria took effect at midnight. The initiative was proposed by Russia, President Bashar al-Assad’s most powerful ally, with the support of Turkey, which backs the opposition. Iran, Assad’s other major ally, also backed it.

Political and armed opposition groups have rejected the proposal, saying Russia has been unwilling or unable to get Assad and his Iranian-backed militia allies to respect past ceasefires. The Syrian government said it backed the proposal but that it would continue to fight what it called terrorist groups across the country.

The Syrian Observatory for Human Rights said there had been a reduction in fighting across Syria since the deal came into force, but warned it was too early to say whether it would last.

“The reduction in violence must be clear and lasting,” Observatory Director Rami Abdulrahman told Reuters.

A rebel commander said the general level of violence was reduced, but added, “Regime attempts [to advance] in the Hama countryside continue.”

With the help of Russia and Iranian-backed militias, the Syrian government has gained the military upper hand in the six-year conflict. The wide array of rebel groups include some supported by Turkey, the United States and Gulf monarchies.

The Observatory said it had not recorded any deaths as a result of fighting in the four zones since midnight, but that there had been some violations.

Breaches were seen mainly in northern Hama province, where Syrian government and allied forces have taken territory from rebels in recent weeks.

Fighter jets fired at the rebel-held village of al-Zalakiyat and nearby positions in the northern Hama countryside, where the combatants exchanged shelling, the Britain-based war monitoring group said.

The Observatory said government and allied forces had managed to take a number of points in al-Zalakiyat, and rebel forces had returned fire and also shelled the government-held town of Halfiya.

The Observatory said government forces shelled and bombed the nearby town of Latamneh and surrounding areas. There was no immediate comment from the Syrian army.

Mohammed Rasheed, a spokesman for the Jaish al-Nasr rebel group based in Hama, confirmed that fighting had broken out after midnight.

Rasheed said rebel-held Idlib province to the north of Hama was almost completely quiet, but the attacks, which included barrel bombs, were focused on the northern Hama frontline area.

“The bombardment has not stopped, it is no different from before,” he told Reuters.

Iran and Turkey agreed to the Russian proposal for de-escalation zones on Thursday. The text of the memorandum was published by the Russian Foreign Ministry on Saturday.

The agreement said four de-escalation zones would be established in Syria for a period of six months, which could be extended if the three signatory countries agreed. Weaponry and airstrikes were not to be used in those zones by combatants, the text said.

The agreement also included creating conditions for humanitarian access, medical assistance and the return of displaced civilians to their homes.

This initiative is the most serious effort to reduce violence and shore up a ceasefire first declared in December since Western states accused Damascus of a chemical attack in early April on rebel-held Idlib province.

The chemical incident prompted the U.S. to fire dozens of cruise missiles at a Syrian airbase from which it said the attack had been launched, increasing tensions between the U.S. and Russia.

On Saturday the Russian and U.S. chiefs of general staff discussed the de-escalation zones and agreed to fully resume the implementation of a 2015 joint memorandum on preventing mid-air incidents over Syria, Russian news agencies quoted the Russian Defence Ministry as saying.

The de-escalation zones appear intended to halt conflict in specific areas between government forces and rebels, and would potentially be policed by foreign troops.

The deal was negotiated at Russian-brokered talks in Astana which have taken place outside of United Nations-sponsored peace talks in Geneva.

U.N. Special Envoy for Syria Staffan de Mistura hailed the plan as a step in the right direction towards a real cessation of hostilities. U.N. Secretary-General Antonio Guterres said he was encouraged by the agreement.

The U.S. State Department voiced concerns about the deal, saying it was skeptical of Iran’s involvement as a guarantor of the accord and Damascus’s track record on previous agreements.

“We continue to have concerns about the Astana agreement, including the involvement of Iran as a so-called ‘guarantor,'” the State Department said in a statement on Thursday. “Iran’s activities in Syria have only contributed to the violence, not stopped it.”

The largest de-escalation zone, in northern Syria, includes Idlib province and the adjoining districts of Hama, Aleppo and Latakia, with a population of over 1 million, the memorandum text said.

The other three zones are in northern Homs province, the Eastern Ghouta region east of Damascus and along the Jordanian border in southern Syria.

But one part of the Eastern Ghouta zone, Qaboun, is exempt from the deal, Defense Ministry official Lieutenant-General Sergei Rudskoi said on Friday. He said this was because Qaboun contained the al-Qaida-linked group formerly known as the Nusra Front.

On Saturday the Observatory said rockets hit Qaboun, where the government has been pressing an offensive for several weeks, and there were clashes between rebels and government and allied forces.