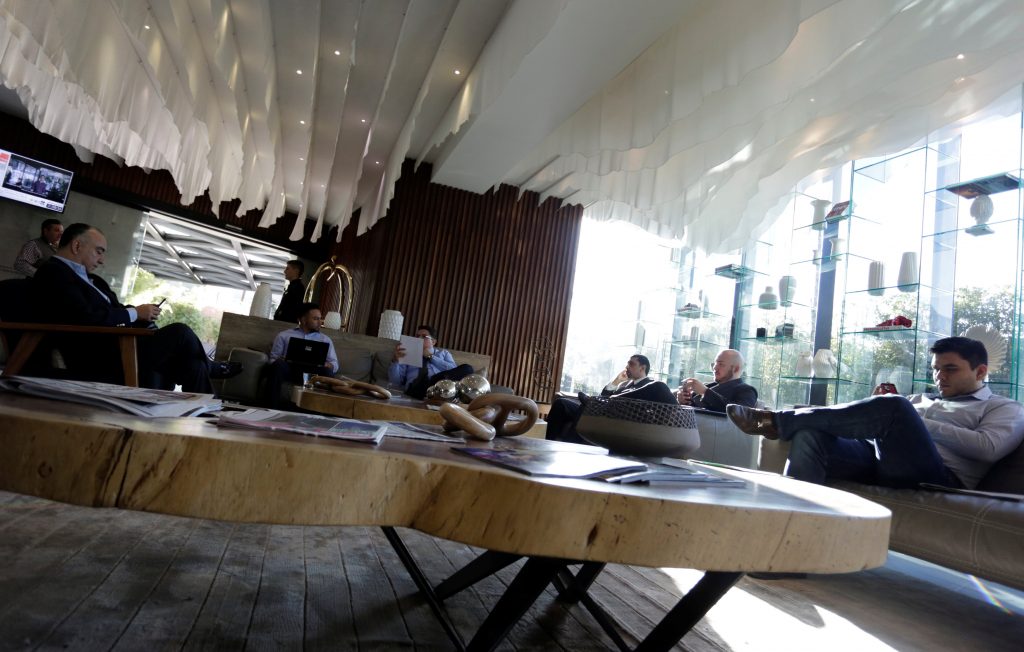 Engineers from across Mexico streamed into a cramped hotel lobby in the industrial city of Monterrey for a chance of a job with the U.S. electric vehicle maker Tesla Inc, which is looking south of the border for talent in short supply at home.

Tesla, which prides itself on its “Made in America” credentials, had scheduled interviews with an unknown number of Mexican candidates on Friday and was slated to screen other prospective employees over the weekend at the closed-door event.

The Silicon Valley automaker is recruiting in the United States’ neighbor for work on robotics and other automated equipment at its Fremont, California factory, where it aims to build 500,000 cars a year by 2018, a six-fold increase from 2016. The factory will build Tesla’s upcoming Model 3.

A steady tide of hopefuls showed up at the event unannounced and without an appointment, some having traveled hundreds of kilometers, mistakenly thinking it was an open recruiting fair. Several dozen were turned away.

Tesla gave them a brief explanation about the mix-up, said those being interviewed were often already weeks into their application processes, and directed them to email their resumes, according to more than a dozen mechanical, mechatronic, electrical and chemical engineers that Reuters spoke with outside the event.

Representatives from Tesla headquarters in California and recruiters in Monterrey declined to comment on the event or the company’s hiring plans in Mexico. Reporters were escorted off the premises by security.

The call from a top U.S. company to Mexican engineers contrasts with the White House’s cooler stance toward both Mexico and high-skilled immigrants.

In his first days in office, Trump pressured U.S. companies to stop moving manufacturing and jobs to lower cost Mexico. He also wants to overhaul a visa system that he says replaces Americans with workers from other countries, but shortages of engineers make it hard for technology companies to hire only Americans.

Tesla Chief Executive Elon Musk is himself an immigrant from South Africa who sits on Trump’s business advisory council.

Tesla has been actively hiring in the past few months for assembly-line jobs at its Fremont plant, but has found that manufacturing engineers are in even shorter supply than software engineers in Silicon Valley.

Despite being turned away at the Monterrey event, most of the engineers, some with 20 years of experience under their belts, other fresh out of college, remained optimistic about their prospects. By evening the lobby of the Grand Fiesta Americana hotel in the northern city was abuzz with prospective candidates cradling beige folders holding their resumes.

Word spread quickly after a recruiting poster was published on LinkedIn by Tesla’s senior technical recruiter, David Johnson, listing 15 types of engineers the company would be seeking at the event in Monterrey. The post was picked up by foreign and Mexican media and also redistributed by local government on social media.

One mechanical engineer, who boasted of several years of research and development work at a foreign automaker in Mexico, made the 1,000 kilometer journey from near Mexico City, one of many who traveled from afar in the hopes of securing an interview.

“Tesla is an innovative company, it’s offering the future of mobility,” said the engineer, who like almost all those consulted by Reuters asked not to be named so as to not jeopardize their chances with the prospective employer.

For the emerging talent, the lure of Tesla was undisputed.

“It’s a project that has a big future, these are the cars of the new era,” said Nadia Marrufo, a 22-year-old chemical engineer specializing in industrial processes.