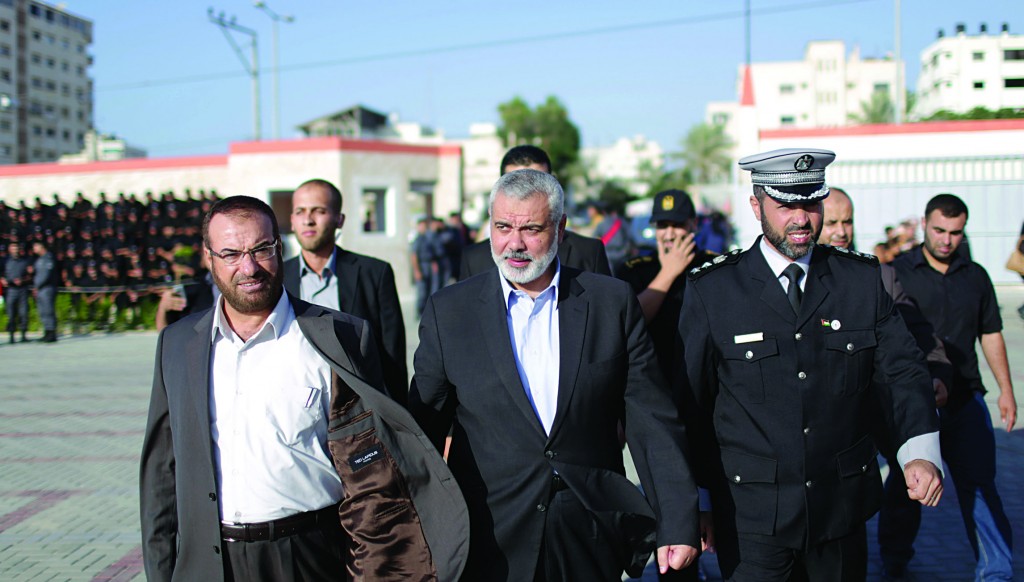 Ismail Haniyeh has been chosen as the chairman of Hamas, replacing Khaled Mashaal. Haniyeh was elected by a vote of senior members of the terror group on Saturday, including members in Palestinian Authority-controlled areas of Yehudah and Shomron. Haniyeh has until now headed Hamas’s terror operations in Gaza, making him the unofficial head of the PA government in Gaza. Mashaal has held the post since 1996.

Mashaal has been living in Qatar and other Gulf states, as opposed to Haniyeh, who is located in Gaza. Hamas sources quoted in the Turkish media said that the new diplomatic chief was likely to leave Gaza as well, to make international travel easier and to avoid being targeted by Israel.

The change in diplomatic leadership comes a short time after Hamas presented its new charter. According to the new charter, a revision of its 1988 charter, Jews are no longer the enemy; Zionists are, but a Zionist is anyone who lives in or was born in Israel and has not consciously rejected Zionism, and has served in the IDF. The charter also recognized and accepts that a Palestinian state will be established in the “occupied territories” of Yehudah and Shomron liberated by Israel in the 1967 Six Day War, but it does not recognize Israel’s existence in the rest of “historic Palestine,” which still belongs to the “Palestinian people.”

On Saturday, Islamic Jihad said that it did not accept Hamas’s new charter, and that it would not recognize Israel in any form, even temporarily and within the 1967 borders.