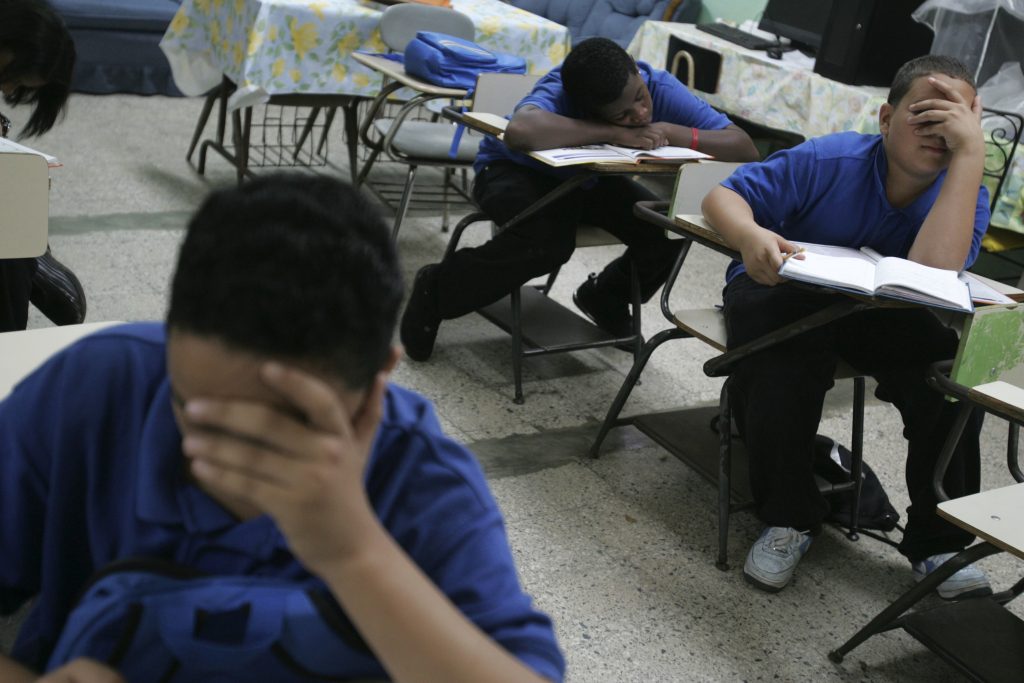 Puerto Rico is closing 184 public schools, in a move expected to save millions of dollars amid a deep economic crisis that has sparked an exodus to the U.S. mainland in the past decade, officials said Friday.

An estimated 27,000 students will be moved elsewhere when their schools close at the end of May, Education Department spokeswoman Yolanda Rosaly told The Associated Press.

It is the largest mass closure of schools announced in the history of the U.S. territory. Officials shuttered 150 schools over the span of five years from 2010 to 2015.

Opponents of previous school closures say that transportation logistics and special-education needs were not taken into account. An estimated 30 percent of Puerto Rican students receive specialized education, twice the average in the U.S. mainland.

Puerto Rico currently has a total of 1,292 public schools that serve 365,000 students. The island has seen its school enrollment drop 42 percent in the past three decades, and an additional 22 percent drop is expected in upcoming years, according to a report that the Boston Consulting Group submitted to the previous administration to help restructure Puerto Rico’s education system.

Much of the drop is the result of parents moving to the U.S. mainland in search of jobs and a more affordable life, as well as thousands of teachers being recruited from the island for their bilingual skills.

The island’s low birth rate also is expected to keep driving down enrollment.