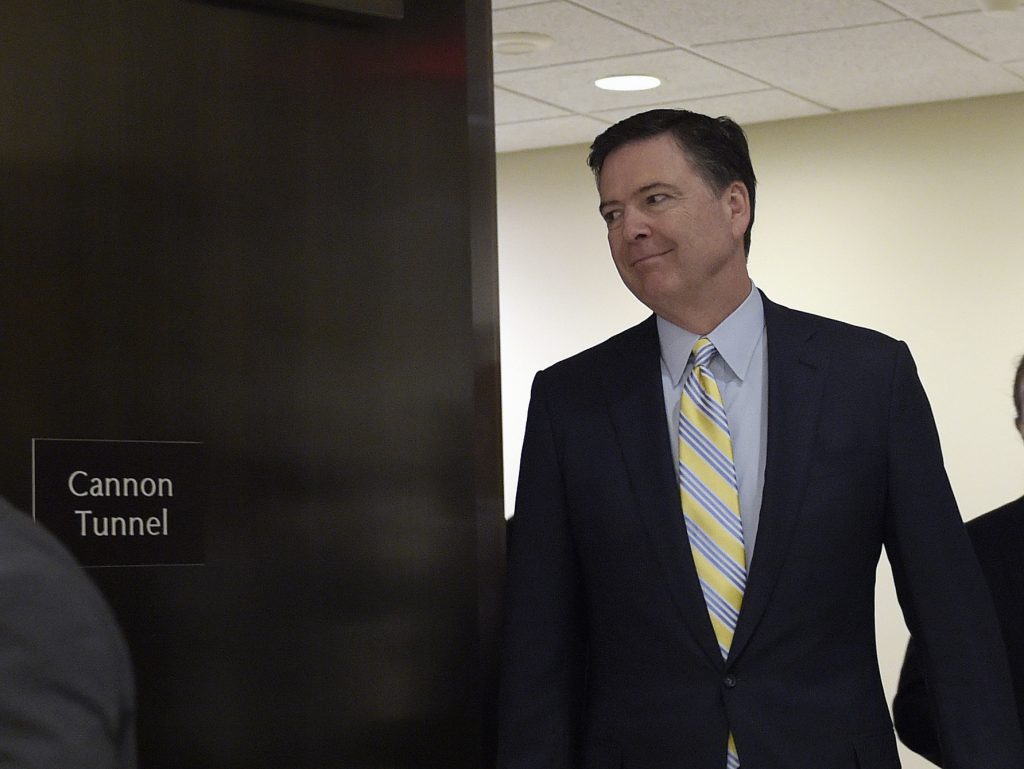 The committee’s work had been stalled when the panel’s chairman, Rep. Devin Nunes, R-Calif., recused himself from the probe. The committee is now sending invitations for future witnesses to testify and making requests for relevant documents.

When he testified in an open session of the committee on March 20, Comey publicly confirmed for the first time that the FBI is investigating Russia’s efforts to interfere in the 2016 presidential election.

Comey said the investigation includes the nature of any links between individuals associated with President Donald Trump’s campaign and the Russian government, and whether there was any coordination between Russia’s efforts and the Trump campaign.

Rep. Mike Conaway, R-Texas, is now leading the committee’s investigation with Rep. Adam Schiff of California, the ranking Democrat on the panel. The two spoke briefly to reporters after the closed session, but would not disclose details about what committee members discussed with Comey and Rogers in a secured location in the Capitol.

“Today’s hearing provided our committee members with a valuable opportunity to ask follow-up questions from the open hearing,” they said in a brief statement. “We remain committed to working with the FBI as they continue their investigation to ensure that no stone is unturned.”

Nunes, who still leads the committee on all other matters, recused himself after he reported meeting with a secret source at the White House to review classified material. He said the material indicated that communications of Trump associates were captured in “incidental” surveillance of foreigners. Critics claimed that Nunes, who had been on Trump’s transition team, was too close to the White House to lead an impartial congressional investigation into the matter.

Separately Thursday, Congress approved an intelligence policy measure that requires the president to set up an interagency committee to counter Russian activities, such as meddling in last year’s presidential election.

The measure reauthorizes intelligence programs for 2017 and ensures congressional oversight. It was part of a $1.1 trillion bill to fund the government through the end of September that was sent to President Donald Trump.

The intelligence measure also promotes the hiring, further education and retention of employees with science, technology, engineering or math expertise. And it encourages greater use of research and development within U.S. intelligence agencies.