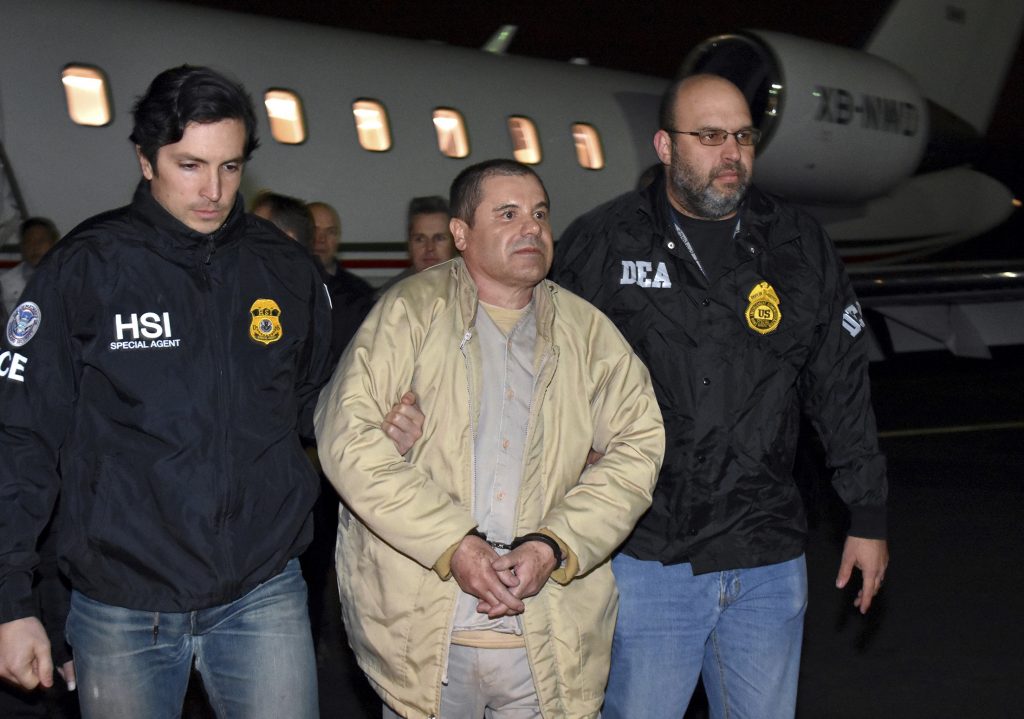 A U.S. judge on Friday set an April 2018 trial date for Mexican Joaquin “El Chapo” Guzman, on charges that he oversaw a multibillion-dollar international drug-trafficking operation responsible for murders and kidnappings.

Guzman answered the judge’s questions through an interpreter. He spent half the hearing looking across the courtroom at his wife, who smiled and waved to him as she entered.

Defense lawyers complained that glass separated them from the defendant during their meetings, hindering communications. The judge said that the matter will be investigated.

The 59-year-old defendant infamous for twice escaping from prison in Mexico lost his bid Thursday to relax the terms of his confinement at a Lower Manhattan lockup when U.S. District Judge Brian Cogan concluded that solitary confinement is appropriate.

Cogan said that the U.S. government had good justifications for applying tough jail conditions on a man who escaped twice, including once through a mile-long tunnel stretching from the shower in his cell. But Cogan relaxed the restrictions known as Special Administrative Measures enough for Guzman to communicate with his wife through written questions and answers.

His lawyers said in a statement that it was “devastating” for Guzman and his wife that they will not be allowed jail visits.

Guzman was brought to the U.S. in January to face the charges. He has pleaded not guilty.

He has remained in a 20-by-12-foot cell for 23 hours a day in a wing of the Metropolitan Correctional Center that is often used to house high-risk inmates, including terrorists.

The U.S. government has said that severe restrictions are necessary for Guzman in part because he used coded messages, bribes and other means to continue operating his criminal empire from behind bars and arrange escapes.