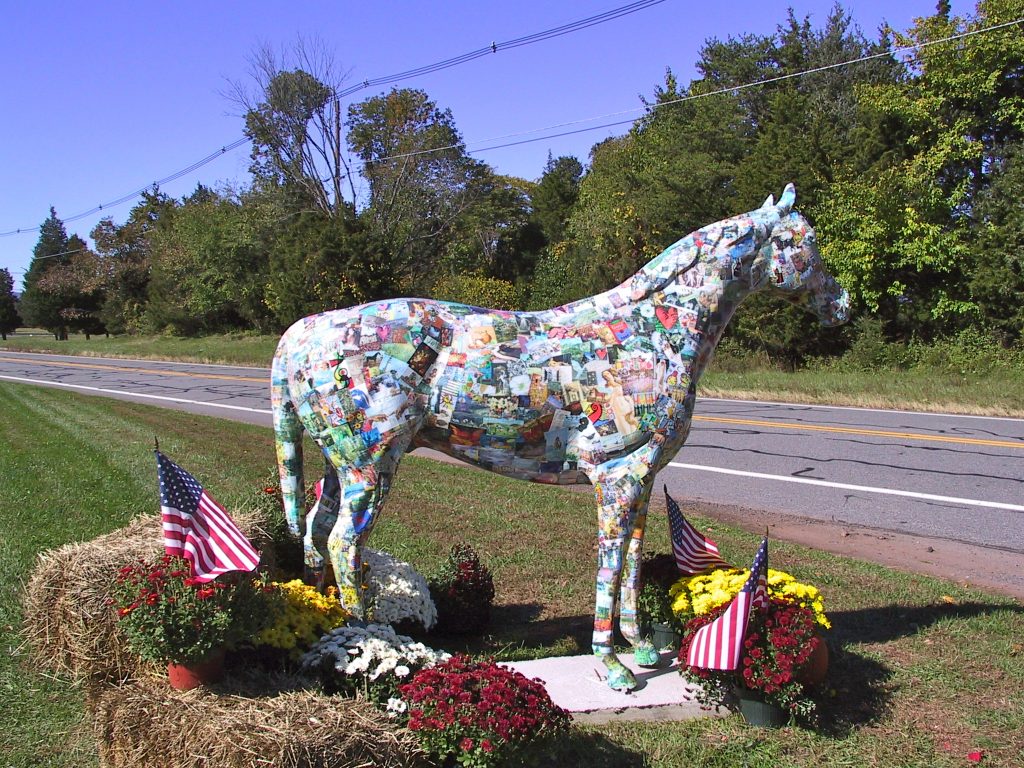 The quiet swath of rolling hills and horse farms President Donald Trump is expected to use as a weekend summertime retreat is a world apart from his more notable haunts in Palm Beach and New York City.

Two-lane roads are the norm in Bedminster, mostly sans sidewalks. In some corners of the township, horses outnumber people. The police force numbers 16, including its chief.

But the town of roughly 9,000 people about 40 miles west of New York where Trump is expected to spend this weekend is no stranger to the rich and famous.

In addition to Trump, whose golf club opened here in 2004, Bedminster has counted among its residents a billionaire former presidential candidate (Steve Forbes), a sports team owner (Woody Johnson) and a former governor (Tom Kean). For about 20 years before her death in 1994, Jacqueline Kennedy Onassis spent weekends a short gallop away in Bernardsville.

“We’ve seen prominent folks come and go here locally over the many years, and I think most Bedminster residents kind of nod their heads and let it roll off and say, ‘Well, that’s nice,’ and take it very low-key,” Bedminster Mayor Steven Parker said.

That laid-back attitude could be tested by presidential visits, with the attendant crush of media and protesters, to a rural area where the benchmarks for traffic jams are the annual Visiting Nurse Association’s rummage sale (also this weekend) and the Far Hills steeplechase races.

A weekend trip by President-elect Trump in November cost nearly $4,000 in police overtime, Parker said. With heightened security requirements now that Trump is president, the town has estimated it could spend $12,000 per day on his visits, and potentially $300,000 over the course of the summer.

That would cover police overtime plus first aid squads, emergency services and fire department personnel — many of whom are volunteers, said Municipal Clerk Judith Sullivan.

“How long can you ask volunteers to be on call?” Sullivan said.

Bedminster can apply for reimbursement from a $20 million fund covering the period between the election and the inauguration, and from $41 million earmarked for presidential security costs incurred between Jan. 20 and Oct. 1.

Parker called the Trump Corp. “a good neighbor in Bedminster” that has opened its golf club over the years for fundraisers for the local fire department and charities.

While Democratic presidential nominee Hillary Clinton easily won Somerset County last November by about 20,000 votes out of about 155,000 cast, Trump eked out a win in Bedminster, 2,258 votes to 2,250.

Loren Gilbert, 54, a Trump supporter from Far Hills who said she once saw him standing in line at the local drug store, didn’t seem bothered by any inconveniences his visit might produce.

“He has a home here, he’s allowed to go home,” she said. “If he needs a break from dealing with Washington, D.C., he’s entitled. The guy’s doing his job; it just happens to be here.”