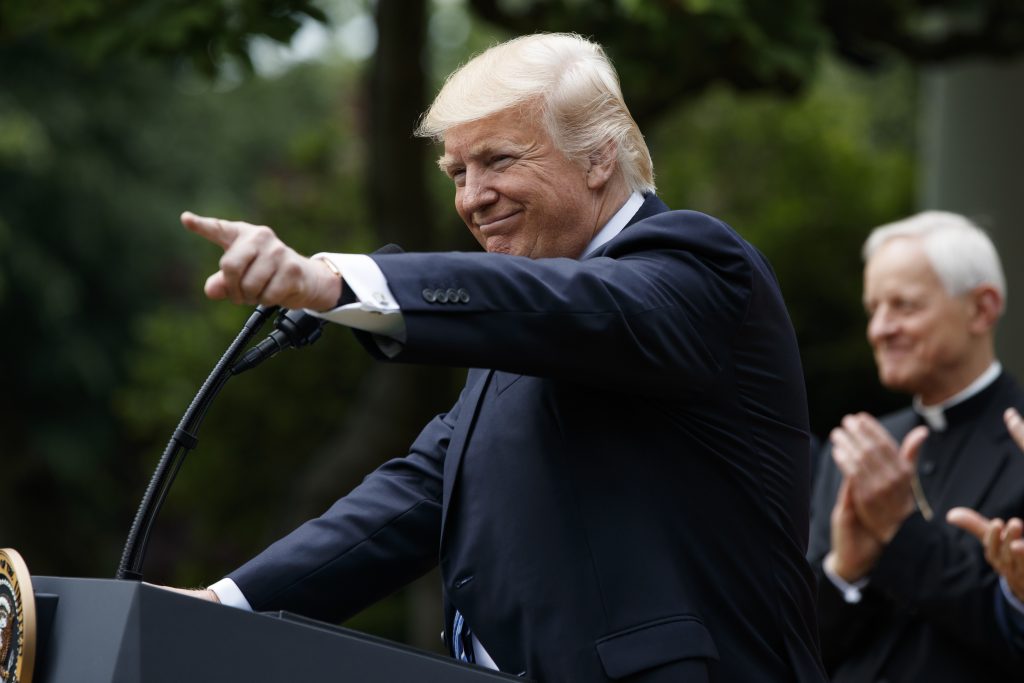 U.S. President Donald Trump on Thursday signed an executive order on religious liberties designed to ease a ban on political activity by religious and other tax-exempt institutions.

The order also mandates regulatory relief to religious employers, such as Little Sisters of the Poor, which object to providing medications that violate their religious beliefs.

Mr. Trump, addressing religious leaders in a signing ceremony at the White House, said, “We will not allow people of faith to be targeted, bullied or silenced anymore.”

“No one should be censoring sermons or targeting pastors,” he said.

President Trump’s order directs the Internal Revenue Service to “alleviate the burden of the Johnson Amendment,” the White House said in reference to a 1954 law sponsored by Lyndon Johnson, then a Texas senator who later became president.

Under the tax code, organizations that enjoy tax-free status, such as churches, are prohibited from participating in a political campaign or supporting any one candidate for elective office.

This includes a ban on making financial contributions to campaigns and candidates, but the law does allow certain non-partisan political activity such as voter registration or get-out-the-vote drives.

Mr. Trump would need Congress to rescind the Johnson Amendment, but he can instruct his administration not to enforce it through executive order.

The American Civil Liberties Union initially released a statement saying that it would file a lawsuit challenging President Trump’s order. But in a follow-up statement Thursday, the ACLU said that it “has determined not to file a lawsuit at this time,” calling the order “an elaborate photo-op with no discernible policy outcome.”

“After careful review of the order’s text we have determined that the order does not meaningfully alter the ability of religious institutions or individuals to intervene in the political process … The directive to federal agencies to explore religious-based exceptions to healthcare does cue up a potential future battle, but as of now, the status quo has not changed.”