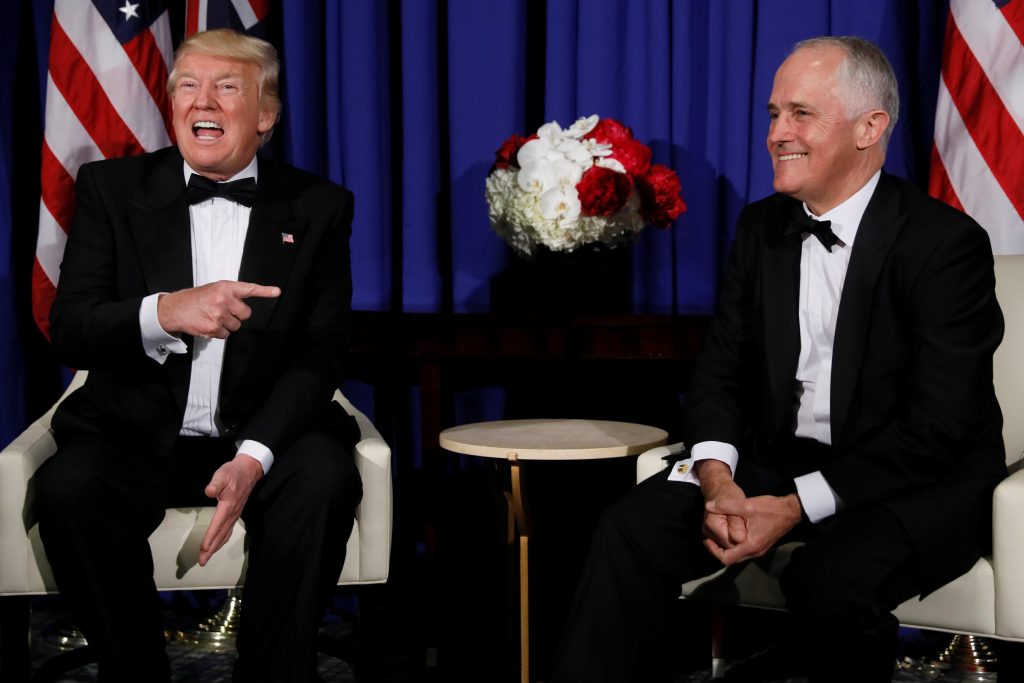 U.S. President Donald Trump returned to his hometown on Thursday for the first time since taking office, as many New Yorkers took to the streets to protest the politics of the man who built his name and fortune in the city.

The presidential motorcade passed hundreds of demonstrators as it arrived at the decommissioned aircraft carrier Intrepid in the early evening for a meeting with Australian Prime Minister Malcolm Turnbull hours after it was originally scheduled.

Before leaving Washington, Mr. Trump held a hastily arranged White House celebration with fellow Republicans from the U.S. House of Representatives who narrowly passed a healthcare bill that would repeal and replace the 2010 Affordable Care Act, commonly known as Obamacare.

If anything, Mr. Trump’s role in efforts to scrap the signature domestic achievement of his Democratic predecessor, Barack Obama, further incensed the protesters.

Among those on the street were members of the New York State Nurses Association, who chanted: “What do we want? Health care! When do we want it? Now!”

Demonstrators from the Working Families Party spent much of the afternoon rallying and marching near the Intrepid, now a floating museum on Manhattan’s West Side, banging pans, chanting: “Not my president” and carrying signs including one that read: “This village doesn’t want its idiot back!”

Rob Adkins, 33, a professional musician from Brooklyn who is insured through Obamacare, said he was alarmed by the Trump-backed Republican healthcare plan that passed the House.

“It could cost me my health insurance,” he said, echoing the sentiments of several other protesters.

The first 100 days since the Jan. 20 inauguration of the businessman-turned-politician brought rollbacks of environmental regulations and crackdowns on immigrants, none of which play well in the liberal Northeast city.

Providing security for first lady Melania Trump, who has continued to live in Trump Tower while their 11-year-old son Barron finishes the school year, has been a costly obligation for New York.

After security costs for Trump and his family of about $24 million during the transition and $300,000 a day since then, Congress voted last week to reimburse the city and other local governments for $61 million.

Following the events with Turnbull, which include a black-tie dinner on the Intrepid to mark the 75th anniversary of World War Two’s Battle of the Coral Sea, Trump was expected to go to his golf club in Bedminster, New Jersey, for the weekend.