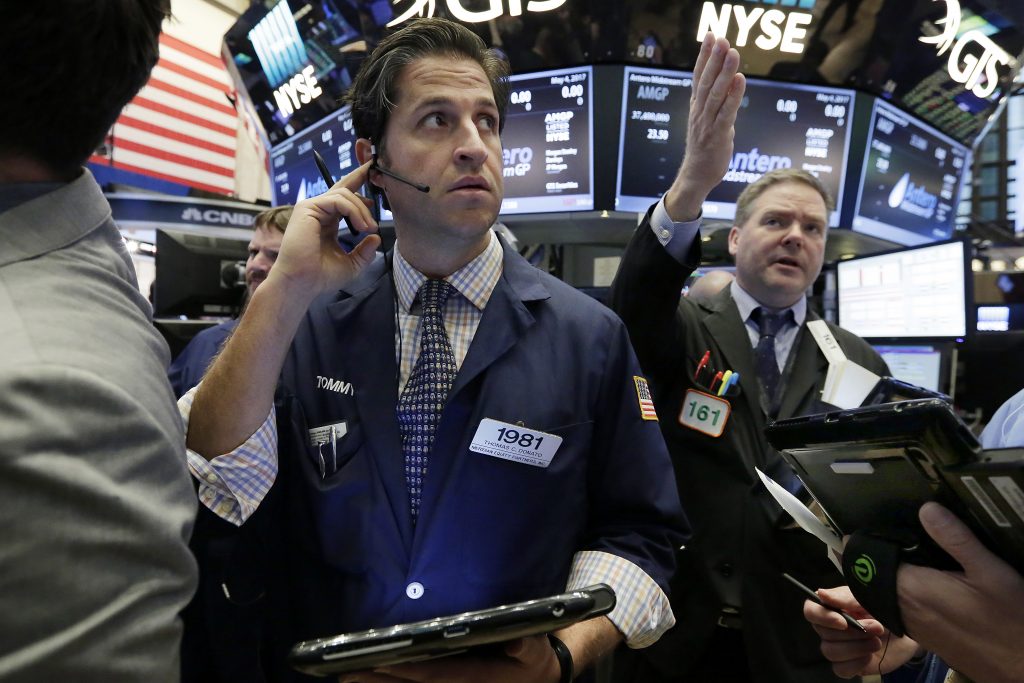 U.S. stocks are declining Thursday as oil prices continue to plunge and energy companies take sharp losses. Health insurers are a bit higher and hospitals are lower as Congress prepares to vote on a bill intended to roll back much of former President Barack Obama’s health care law.

HEALTH VOTE: House Republicans planned a vote on a revised bill rolling back much of the Affordable Care Act of 2010. The new legislation would rework subsidies for private insurance, limit federal spending on Medicaid for low-income people and cut taxes on upper-income individuals used to finance Obama’s overhaul. The House vote is expected to be close, and it’s not clear if the bill can pass the Senate, or how Senators might change it if it does.

NO LIKES: Facebook’s first-quarter profit and sales were stronger than expected, but the social network’s stock dipped $1.36 to $150.44. Facebook’s stock is up 30 percent this year and is trading at all-time highs.

HOUSEHOLD GOODS: Church & Dwight, which makes products such as Arm & Hammer baking soda and OxiClean cleaning products, raised its profit estimate after its first-quarter results were better than analysts expected. Its stock rose $1.98, or 4.1 percent, to $50.73. Frosted Flakes and Pop Tarts maker Kellogg posted a larger profit than excepted; and its stock picked up 82 cents, or 1.2 percent, to $69.76, even though the company’s sales weren’t as high as investors had hoped.

FED IN FOCUS: On Wednesday, the Federal Reserve left interest rates unchanged, as investors expected. However, the Fed said it expects the economy to recover from its sluggish growth in the first quarter, and that’s a hint the central bank expects to raise rates again soon. That’s aiding bond yields and the dollar.

Bond prices dropped. The yield on the 10-year Treasury note rose to 2.36 percent from 2.32 percent.

BANKING ON IT: Tennessee-based First Horizon agreed to buy North Carolina’s Capital Bank Financial in a deal the companies valued at $2.2 billion. They said it will make one of the largest regional banks in the Southeastern U.S. However, investors were far from excited, and both stocks slumped. Capital Bank fell $3, or 7.1 percent, to $39.05; and First Horizon National declined 67 cents, or 3.6 percent, to $18.15.

OVERSEAS: The CAC 40 in France rose 1.4 percent following a debate between the French presidential candidates. Emmanuel Macron and Marine Le Pen will face off in the final round of voting Sunday, and Macron maintains a large lead in the polls. He is perceived to be more business-friendly and is an advocate of France’s continued use of the euro and membership of the European Union. That helped send the euro higher on Thursday.