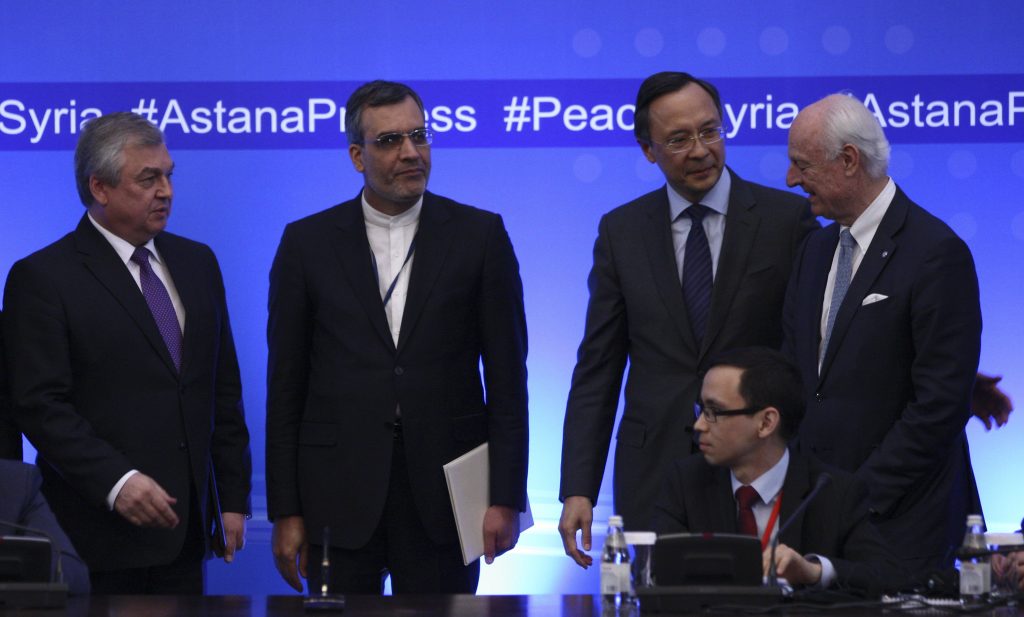 Russia, Turkey and Iran signed on Thursday a memorandum on creating safe zones in Syria, while the delegation of the armed Syrian opposition walked out and shouted angrily after a new round of peace talks held in the Kazakh capital Astana.

Russia, Turkey and Iran act as guarantors of the Astana peace process.

Kazakh Foreign Minister Kairat Abdrakhmanov said that next Syria peace talks would be held in Astana in mid-July.

Syria’s armed opposition said it could not accept creating safe zones in Syria because it threatens the country’s territorial integrity and said it would also not recognize Iran as a guarantor of the peace plan.

“We are against the division of Syria. As for the agreements, we are not a party to that agreement and of course we will never be in favor [of it] as long as Iran is called a guarantor state.”

Abu Zaid also said that there is “a huge gap” between Russia’s promises and actions.