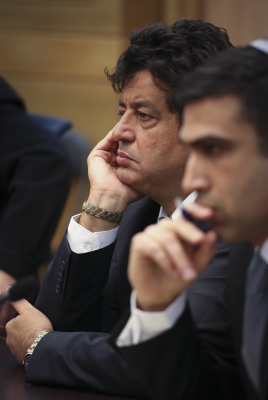 Immigrants from France living in Jewish communities in Israel are up in arms over official communications they have received from the French Foreign Ministry addressed to their homes – in the “Palestinian territories.” The official letters, inviting them to vote in the second round of voting in the French presidential elections, do not mention the name “Israel” anywhere in their contents, Channel Two reported.

Dozens of recipients of the letters living in Yehudah and Shomron contacted Meir Haviv, a French parliamentarian who represents the interests of French citizens living in Israel, said Channel Two. In a letter addressed both to French President François Hollande and presidential candidate Emmanuel Macron, Haviv said that “beyond the legal and political dispute, the conscious choice of the French Foreign Ministry to list Jewish towns in Judea and Samaria as being part of the ‘Palestinian territories’ is a demeaning provocation for French citizens living in Israel. In order to be efficient and effective, our foreign policy must be connected to reality.”

Reality, in this case, means “recognizing the common enemy we all have – radical Islam,” Haviv said in his letter. “Being realistic means understanding that Jerusalem was and is the capital of the unified state of Israel. Being realistic means hearing and understanding how U.S. President Donald Trump plans to move his embassy to Jerusalem. I hereby request that the name of the country of residence of thousands of French-Israelis who deal with the French consulate in Jerusalem” be changed to Israel, Haviv wrote, adding that “I have chosen to openly share this letter and to direct it to Emmanuel Macron, whom I hope will win the election this Sunday.”