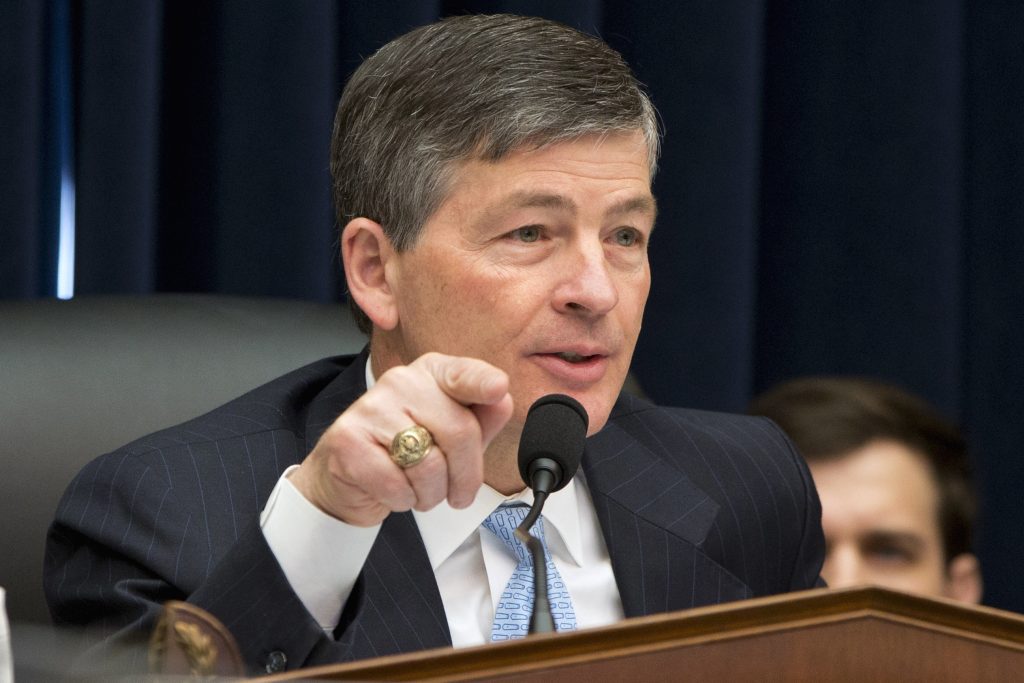 House Republicans took a major step toward their long-promised goal of unwinding the stricter financial rules created after the 2008 crisis, pushing forward sweeping legislation that would undo much of President Barack Obama’s landmark banking law.

A House panel on Thursday approved Republican-written legislation that would gut much of the Dodd-Frank law enacted by Democrats and signed by Obama in the wake of the financial crisis and the Great Recession. The party-line vote in the Republican-led House Financial Services Committee was 34–26.

Republicans argued that the law passed under President Barack Obama is slowing economic growth because of the cost of compliance and by curbing lending.

Democrats warned the GOP bill will create the same conditions that led to the financial crisis and pushed the economy to the brink of collapse.

Rep. Maxine Waters of California, the committee’s senior Democrat, called it “a deeply misguided measure that would bring harm to consumers, investors and our whole economy.”

“The bill is rotten to the core and incredibly divisive,” Waters said. “It’s also dead on arrival in the Senate, and has no chance of becoming law.”

After attempts in recent years to overhaul the Dodd-Frank legislation, the Republicans were heartened this time by a sympathetic Republican president now in the White House. President Donald Trump has denounced Dodd-Frank and promised that his administration would “do a big number” on it. The new bill now goes to the full House for a vote, but supporters admit that the path will be much more difficult in the Senate, where Democratic support will be needed.

In a fast-moving session following two days of laborious debate, the panel flew through a series of votes on amendments, as the majority Republicans easily beat back Democrats’ attempts to reshape and soften the legislation. The action moved House Republicans closer to realizing their long-promised goal to undo financial regulatory laws enacted under Obama after the 2008 economic meltdown pushed the economy to the brink of collapse.

The bill would repeal about 40 provisions of the Dodd-Frank Act. Banks could qualify for much of the regulatory relief in the bill so long as they meet a strict basic requirement for building capital to cover unexpected big losses.

Republicans argued that big banks have done well under Dodd-Frank, but that community banks and credit unions are struggling to keep up with the regulatory burdens imposed by the law.

“This economy is poised to take off, but it’s not going to take off as long as Dodd-Frank in its current form remains on the book,” said Rep. Jeb Hensarling, R-Texas, chairman of the House Financial Services Committee, who wrote much of the overhaul legislation. “It’s important that we get tax reform done. It’s important we get health-care reform done, but it’s also important we (get) the Financial Choice Act passed.”

While the measure is expected to pass the full House, in the Senate it will need 60 votes to become reality, meaning the GOP will need several Democrats to join their effort. Leaders of the Senate panel with jurisdiction over a Dodd-Frank overhaul have said they would like to work together to find areas of common agreement to enhance economic growth.

Such agreement was nonexistent during the House hearings this week. Instead, the hearings turned into a contentious debate over Democratic efforts to cast a spotlight on President Donald Trump’s business empire and his refusal to release his tax returns.

The Republican bill also goes after an agency that enforces consumer protection laws and scrutinizes the practices of virtually any business selling financial products and services. That ranges from credit card companies to mortgage servicers to auto lenders. The bill removes some of the Consumer Financial Protection Bureau’s powers and replaces its guaranteed funding from the Federal Reserve with whatever Congress determines would be the appropriate amount, a move Democrats said would gut the agency.

The advocacy group Consumers Union criticized the legislation, saying the consumer agency has worked to win almost $12 billion in refunds and relief for an estimated 29 million Americans.

“This bill strips the CFPB of most of its power and would leave consumers vulnerable to fraud, hidden fees and costly gotchas by banks and unscrupulous financial firms,” said Pamela Banks, senior policy counsel for Consumers Union.