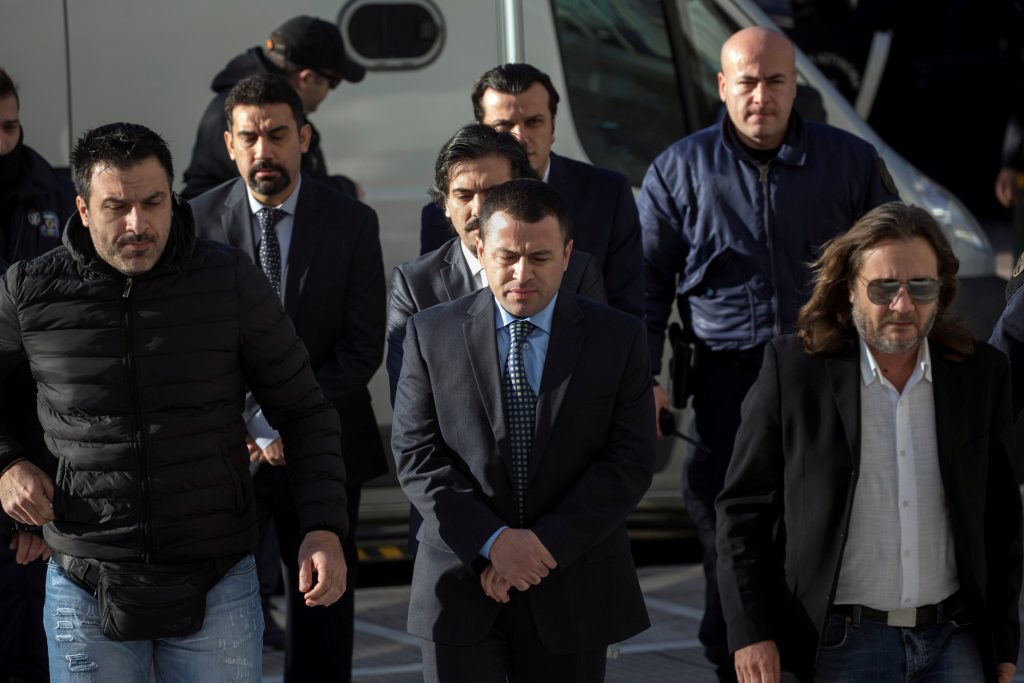 A Greek court on Thursday blocked a second extradition request by Turkey for the final two of eight soldiers who fled to Greece in July following a failed coup attempt, court officials said.

The decision is likely to anger Ankara, which alleges the men were involved in efforts to overthrow President Tayyip Erdogan and has repeatedly demanded they be sent back.

Turkey had issued a second extradition request for the men, whom it has branded traitors, in January after Greece’s top court ruled against extraditing all eight.

The drawn-out case has highlighted often strained relations between Greece and Turkey, NATO allies which remain at odds over issues from territorial disputes to ethnically-split Cyprus.

The three majors, three captains and two sergeant-majors landed a helicopter in Greece on July 16 and sought asylum, saying they feared for their lives in Turkey where authorities have purged large numbers from the military and civil service.

They are to be held in detention until their asylum applications are processed.

Addressing the court on Thursday, the prosecutor acknowledged the ruling “may cause discomfort” in Turkey but said the reasons for rejection had not changed since January.

“Has torture stopped? Persecutions?” he asked. “If it looks itself in the mirror, modern Turkey will understand why one denial comes after another – not only from Greece but also from other countries — for the release of alleged coup plotters.”