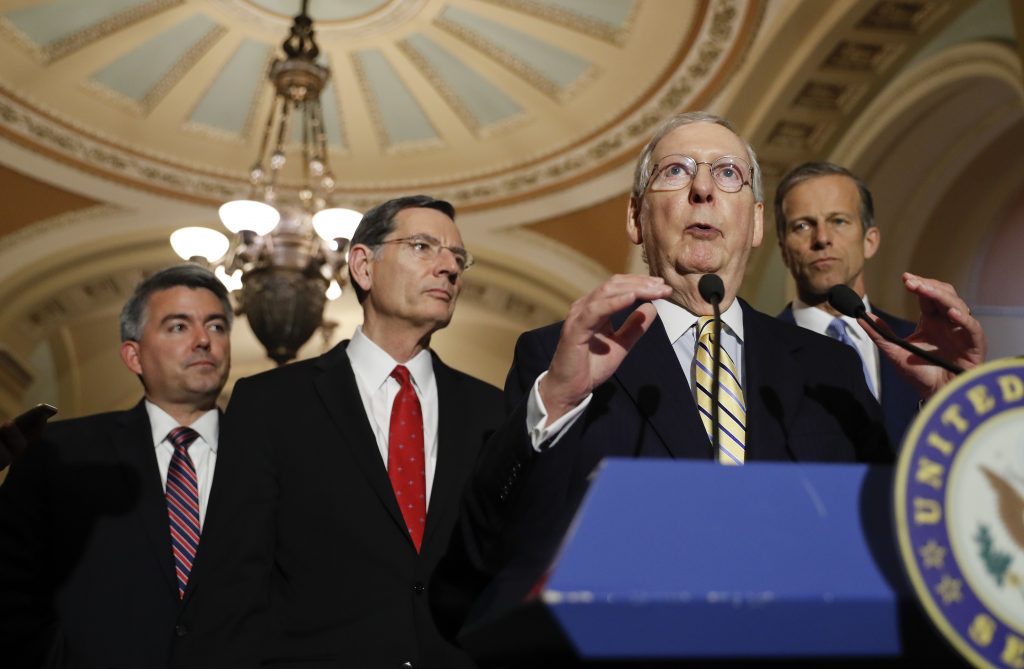 The Senate voted 79-18 to pass the bill that will keep government running for the next five months, easing the threat of a federal shutdown until the next spending battle in the fall. The House approved it earlier.

Mr. Trump initially groused over the final compromise because Democrats in Congress used their leverage as the minority party to deny the president his top priorities, including funding for his promised wall along the border with Mexico.

But the White House later embraced the outcome. The measure will boost spending on defense, but not as much as Mr. Trump wanted, and provides money for disaster relief, medical research and other bipartisan priorities, including the fight against opioid addiction.

It also props up a struggling health and pension fund for coal miners that was important to both parties.

The president is expected to sign it swiftly into law, averting a shutdown ahead of Friday’s deadline, when current funding expires.