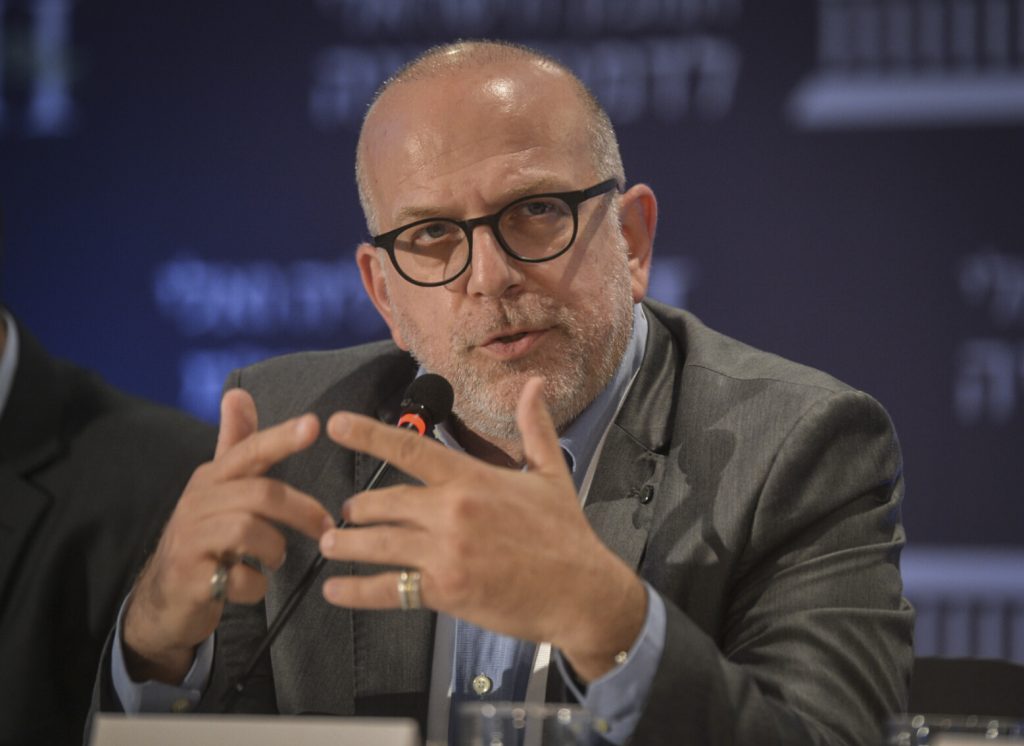 Tensions between management and staff at Army Radio rose to the surface Wednesday when the director of the station, Yaron Dekel, reissued a directive to staff, including news writers and broadcasters, to no longer use the term “West Bank” when describing areas liberated by Israel in the 1967 Six Day War. Instead, news staff are to use the term “territories” to describe these areas.

In the directive, Dekel made it clear that he “prefers the term ‘territories,’ as in, ‘the defense minister ordered that Palestinians from the territories not be permitted to enter Israel.” The term “West Bank,” he wrote, “has been adopted by the left and the Palestinians.”

Globes quoted workers at the station who said they vehemently disagreed with the decision. “We aren’t sure if he is seeking a job with the new news organization of the Israel Broadcasting Corporation, which was the idea of right-wing Likud MK David Bitan, or a job as a diplomat in Deputy Minister Tzipi Hotovely’s Foreign Ministry,” said one. “One thing is certain: We are all waiting for him to leave, so we can repair the damage he caused to the station.”

In a statement, Army Radio management said that the term “territories” was neutral, as “West Bank” was the term used by Jordan and the Arab world to define the area, and “Judea and Samaria” was identified with the right. “As director of news and as he has requested in the past, Yaron Dekel has asked staff to use a neutral term that does not favor either side. It should be noted that the IDF has for many years itself used the term ‘Judea and Samaria,’ eschewing the use of ‘West Bank,’ which has been adopted by the Palestinian narrative.”