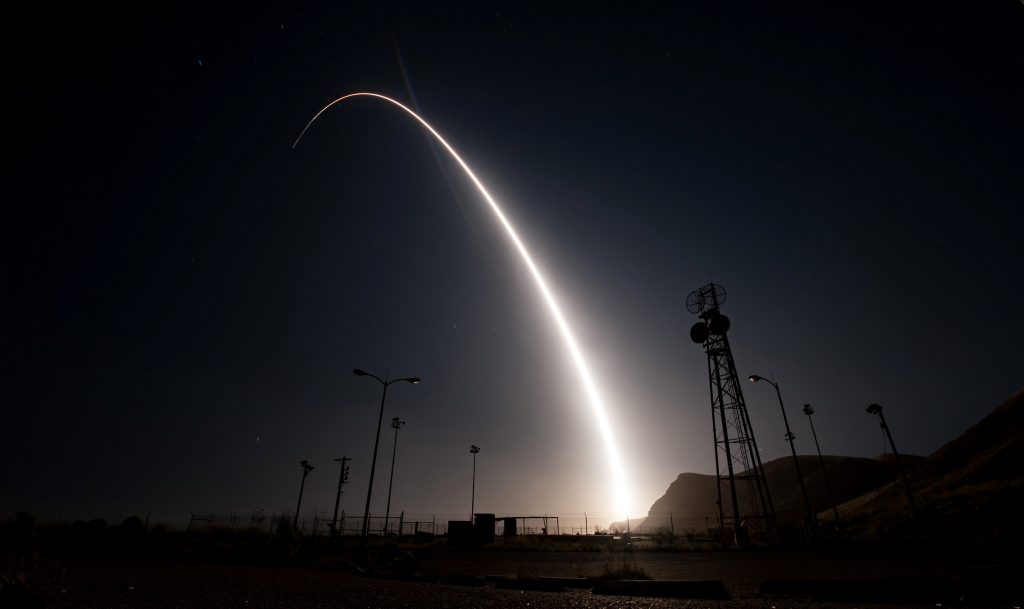 An unarmed missile capable of sending a nuclear bomb across the world was launched Wednesday from a coastal California military base amid rising tensions between the U.S. and North Korea.

The unarmed Minuteman 3 intercontinental ballistic missile blasted off from a silo at 12:02 a.m. from Vandenberg Air Force Base and delivered a single re-entry vehicle to a target about 4,200 miles (6,800 kilometers) away at Kwajalein Atoll in the Pacific Ocean, the Air Force Global Strike Command said.

The test took 10 months to plan. It was the latest aimed at checking the readiness and accuracy of a weapon system that forms part of the U.S. nuclear force. The U.S. has about 450 of the missiles. Each can travel about 8,000 miles (12,900 kilometers).

It was the second such launch in seven days from the base in central California on the coast between Los Angeles and San Francisco. Last week’s launch had been delayed from the fall.

The launches came amid U.S. expressions of concern about North Korea’s nuclear capability.

New missile tests by North Korea and its progress toward developing a nuclear weapon capable of hitting the United States have made the isolated communist dictatorship one of the top U.S. national security concerns.

The U.S. has sent warships to the region to deter North Korea from conducting another nuclear test.

But President Donald Trump on Monday said he might be willing to meet with that country’s dictator, Kim Jong Un.

“If it would be appropriate for me to meet with him, I would absolutely, I would be honored to do it,” Trump told Bloomberg News.