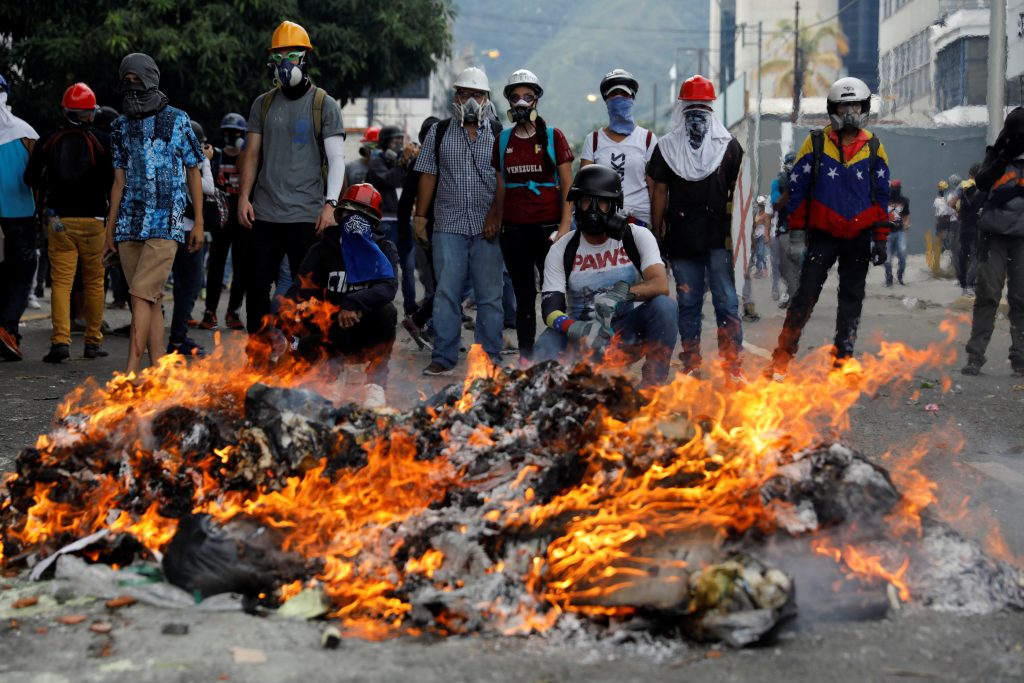 An influential group of Republican and Democratic U.S. senators introduced sweeping legislation on Wednesday to address the crisis in Venezuela, including sanctioning individuals responsible for undermining democracy or involved in corruption,

The bill, first reported by Reuters, would provide $10 million in humanitarian aid to the struggling country, require the State Department to coordinate a regional effort to ease the crisis, and ask U.S. intelligence to report on the involvement of Venezuelan government officials in corruption and the drug trade.

Rosneft has been gaining ground in Venezuela as the country scrambles for cash. The Venezuelan state oil company, PDVSA, last year used 49.9 percent of its shares in its U.S. subsidiary, Citgo, as collateral for loan financing by Rosneft.

In total, Rosneft has lent PDVSA between $4 billion and $5 billion.

The measure comes as the international community has struggled to respond to the deep economic crisis and street protests in the South American OPEC nation.

At least 33 people have been killed, more than 400 injured and over 1,000 arrested since demonstrations against Venezuelan President Nicolas Maduro’s government began in April amid severe shortages of food and medicine, deep recession and hyper-inflation.

On Wednesday, Venezuelan opposition supporters took over the main thoroughfare in Caracas to protest Maduro’s creation of a powerful new “constituent assembly,” which they see as his attempt to cling to power by avoiding elections.

Senate aides said the bill sought to react to the crisis by working with countries across the Americas and international organizations, rather than unilaterally, while targeting some of the root causes of the crisis and supporting human rights.

U.S. officials have long been reluctant to be too vocal about Venezuela, whose leaders accuse Washington of being the true force behind opposition to the country’s leftist government.

The lead sponsors of the legislation are Senator Ben Cardin, the senior Democrat on the Senate Foreign Relations Committee, and Senator Marco Rubio, the Republican chairman of the panel’s western hemisphere subcommittee and a vocal critic of Venezuela’s government.

Boosting its chances of getting through Congress, co-sponsors include Senator John Cornyn, the chamber’s No. 2 Republican, and Senator Dick Durbin, the No. 2 Democrat, as well as Republican Senator John McCain, the influential chairman of the Senate Armed Services Committee.

“It is in the strategic interest of the United States to support the restoration of democracy in Venezuela and work with regional partners to put the country back on a path to peace, prosperity and stability,” Cardin said in a statement.

The bill has 11 sections, seeking to deal with the crisis with a broad brush.

Addressing corruption, it would require the U.S. State Department and intelligence agencies to prepare an unclassified report, with a classified annex, on any involvement of Venezuelan government officials in corruption and the drug trade.

The U.S. Treasury Department has in the past sanctioned Venezuelan officials or former officials, charging them with trafficking or corruption, a designation that allows their assets in the United States to be frozen and bars them from conducting financial transactions through the United States.

The officials have denied the charges, and called them a pretext as part of an effort to topple Maduro’s government.