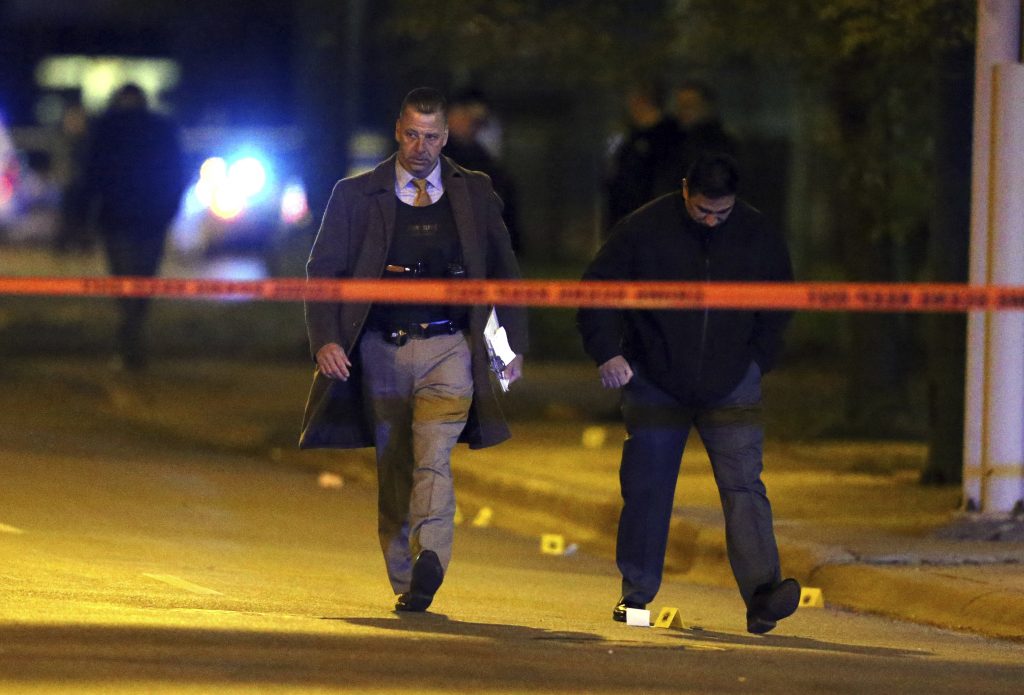 A manhunt is underway Wednesday after two plainclothes Chicago police officers were shot and wounded as they sat in an unmarked vehicle in what authorities are describing as a targeted attack.

Two vehicles pulled up alongside the officers and opened fire Tuesday evening in the high-crime Back of the Yards neighborhood on the city’s South Side. One officer was shot in the arm and hip and the other in the back, police spokesman Anthony Guglielmi said.

The officers were conducting a follow-up investigation to a previous incident, but Guglielmi said they were wearing civilian clothes with vests bearing police badges. Johnson said their vehicle was unmarked.

“We believe that the officers were definitely targeted,” Guglielmi told The Associated Press.

Both were released from the hospital Wednesday, Guglielmi said. Authorities are searching for suspects and questioning three people of interest, he said. Police believe the officers were shot with a high-powered weapon and have recovered two guns and a vehicle that could be linked to the shooting.

“Listen, if they will fire at police officers like that, then they have no thought process in terms of firing at other citizens of this great city,” Police Superintendent Eddie Johnson said. “So we are going to get them.”

Chris Villanueva, 36, said he was walking back to his car in a strip mall parking lot south of the shooting scene when he heard about a dozen rapid-fire shots.

“I thought it was fireworks maybe, but around here you hear gunshots a lot,” he told the Chicago Sun-Times. “Next thing, cops are everywhere.”